Samsung Galaxy Note 10 is rumoured to sport a Sound on Display (SoD) technology to omit a traditional earpiece. The technology, which is supposed to work similar to the screen sound technology available on the recently launched Galaxy M40, would enable the new Galaxy Note phone to have slim bezels all around the display panel. Some screen protectors leaked on Twitter have suggested that the Galaxy Note 10 would have the absence of the earpiece and the availability of the SoD technology. Separately, details about a three-stage variable aperture feature has been tipped, while multiple cases of the Galaxy Note 10 have surfaced online that give a glimpse at its design.

A tipster with pseudonym Ice Universe has claimed that the Samsung Galaxy Note 10 will have the SoD technology over a traditional earpiece to produce audio vibrations. Three images purportedly showing the screen protectors of the new Galaxy Note phone also suggest the absence of the earpiece. Further, the screen protectors hint at thin bezels on the new model -- significantly thinner than what we saw on the Galaxy Note 9.

As we mentioned, Samsung brought its screen sound technology along with the Galaxy M40 earlier this month. It produces audio vibrations using the display panel. The same technology could make way to the Galaxy Note 10 but with some major tweaks and the new name, SoD. 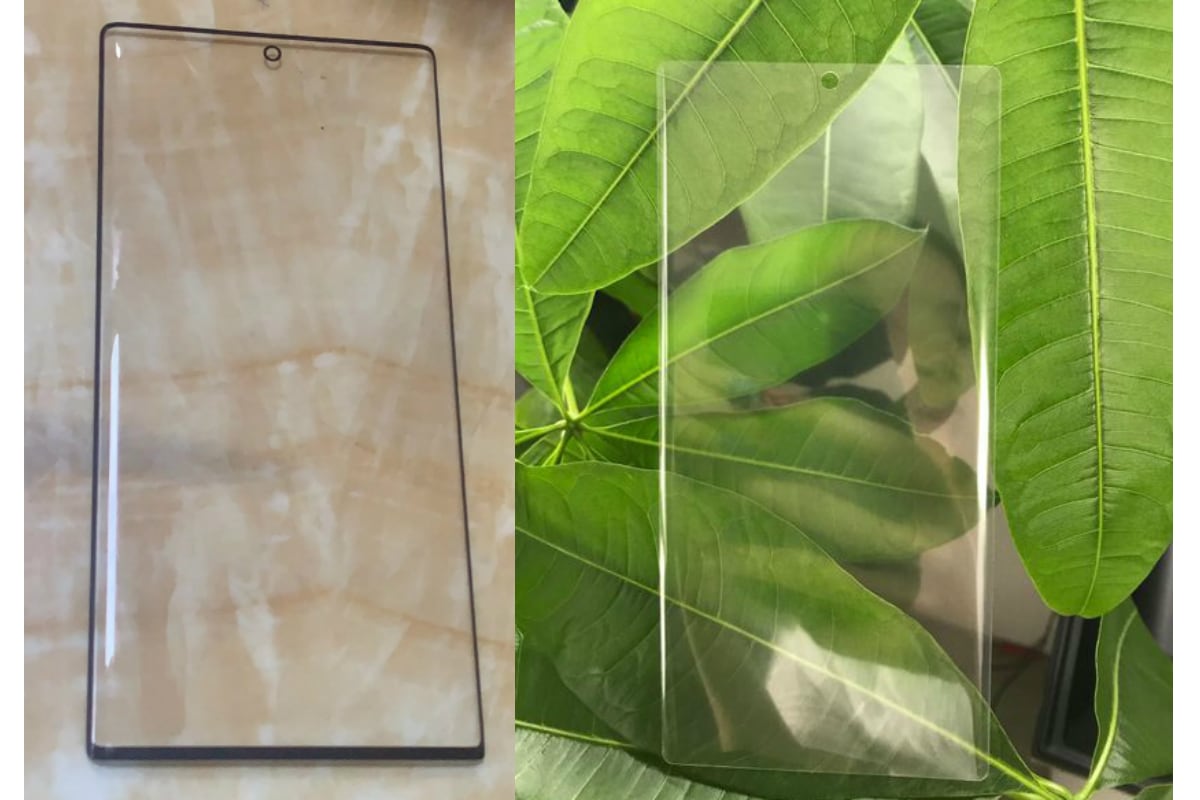 Last year, Samsung was reported to have plans to develop sound-emitting displays for smartphones. The company at the Display Week event in May last year also showcased its full-screen OLED prototype specifically with the SoD technology. The prototype was measuring at 6.2-inch in size and was aimed to provide a full-screen experience, without requiring a notch to include a dedicated earpiece or sensors.

The LG G8 ThinQ notably debuted earlier this year with a "Crystal Sound OLED" that produces stereo audio by pairing the conventional bottom-mounted speaker with the piezoelectric speaker. Samsung could use a similar configuration for the Galaxy Note 10 to deliver a stereo sound experience despite the lack of a traditional earpiece.

Separately, the tipster claims to have heard from Samsung China engineers that the Samsung Galaxy Note 10 camera will sport a three-stage variable aperture. This is said to bring f/1.5, f/1.8, and f/2.4 apertures to enhance imaging results. Samsung last year brought the Galaxy S9 with a dual aperture camera system that had two apertures -- f/1.5 and f/2.4. While the larger aperture size enabled compelling low-light photography, the smaller aperture size was designed to sharpen photos in bright lighting conditions.

In addition to the rumour claiming the SoD technology, multiple case renders allegedly revealing the design of the Samsung Galaxy Note 10 have surfaced online. The purported Galaxy Note 10 cases, courtesy GizmoChina, show off its vertically-aligned rear camera setup -- similar to the latest iPhone models. Further, there are cutouts for USB Type-C port, S Pen, and a speaker grill at the bottom.

The top view of the cases suggests a room for the 3.5mm headphone jack and a secondary microphone. Also, the Galaxy Note 10 appears to have a dedicated Bixby button at the bottom left side. 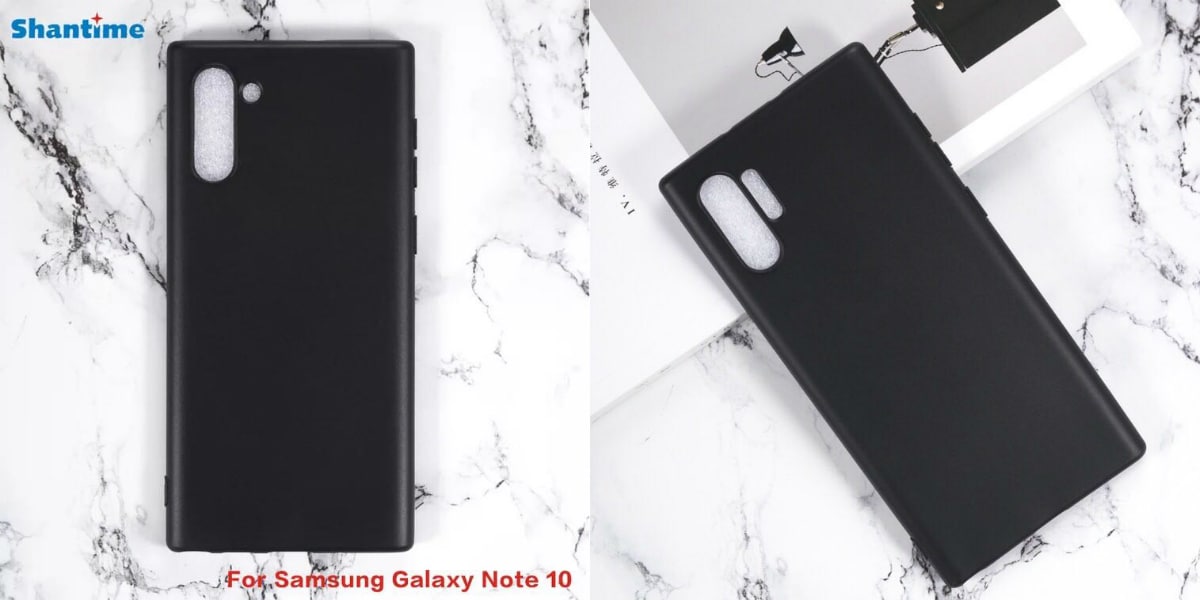 Samsung is reportedly set to unveil the Galaxy Note 10 at its Unpacked event on August 7. Meanwhile, we can expect several new rumours and leaks revealing the key features of the upcoming phablet.