"Be ready to meet the next level power," Samsung says in the video teaser.

Samsung Galaxy Note 10 video teaser has been released just days after its formal launch date was announced formally. The video teaser highlights the enterprise-centric features of the Galaxy Note 10. It also suggests that the next-generation Galaxy Note model would debut with an all-new DeX mode to transform any HDTV into a desktop computer. Alongside the teaser, the Samsung Galaxy Note 10 has been tipped to arrive with a 20W wireless charger. A US FCC listing earlier hinted at a 15W wireless charger that the South Korean giant was expected to launch for the new Galaxy Note model. It is also rumoured that in addition to supporting 20W fast charging via the new wireless charger, Samsung is set to bring 20W reverse charging capability through a new Wireless PowerShare feature.

Among other developments, the latest video teaser of the Samsung Galaxy Note 10 has been released by the Samsung Indonesia Twitter account. It doesn't reveal any specifications of the new Galaxy Note. Nevertheless, it showcases all the major productivity features that we can expect in the upcoming phablet.

The video suggests the presence of the new DeX mode on the Galaxy Note 10. The mode would include some new advancements to bring an enhanced desktop-like experience through the new device. Further, it claims that the Galaxy Note 10 will replace a list of devices for professionals.

"Working with too many devices? Time to power up... Be ready to meet the next level power," the company writes while concluding the 30-second video teaser.

Say goodbye to hassle, and hello to powerful!
Register now on https://t.co/ZwHvMZlCpg & get a chance to win the Next Galaxy!

It appears that Samsung would project the Galaxy Note 10 as an enterprise-focussed device. The handset is likely to come with also have an all-new S Pen stylus and a new camera setup to support creative users and professionals.

In addition to the video teaser, the Galaxy Note 10 wireless charger has been rumoured online. Tipster Roland Quandt has claimed that the company will unveil Wireless Charging Stand EP-N5200 as a successor to its existing EP-P5200 that was unveiled alongside the Galaxy S10 phones. The new model is said to support 20W wireless charging.

This is notably unlike the 15W wireless charger that was spotted on the US FCC last week. An image has also been leaked in response to Quandt's tweet that suggests 20W reverse wireless charging support. This could be a part of the Galaxy Note 10 and come as an upgraded Wireless PowerShare feature. Moreover, the development is likely to be limited to Samsung wearables supporting the WPC 1.3 standard. 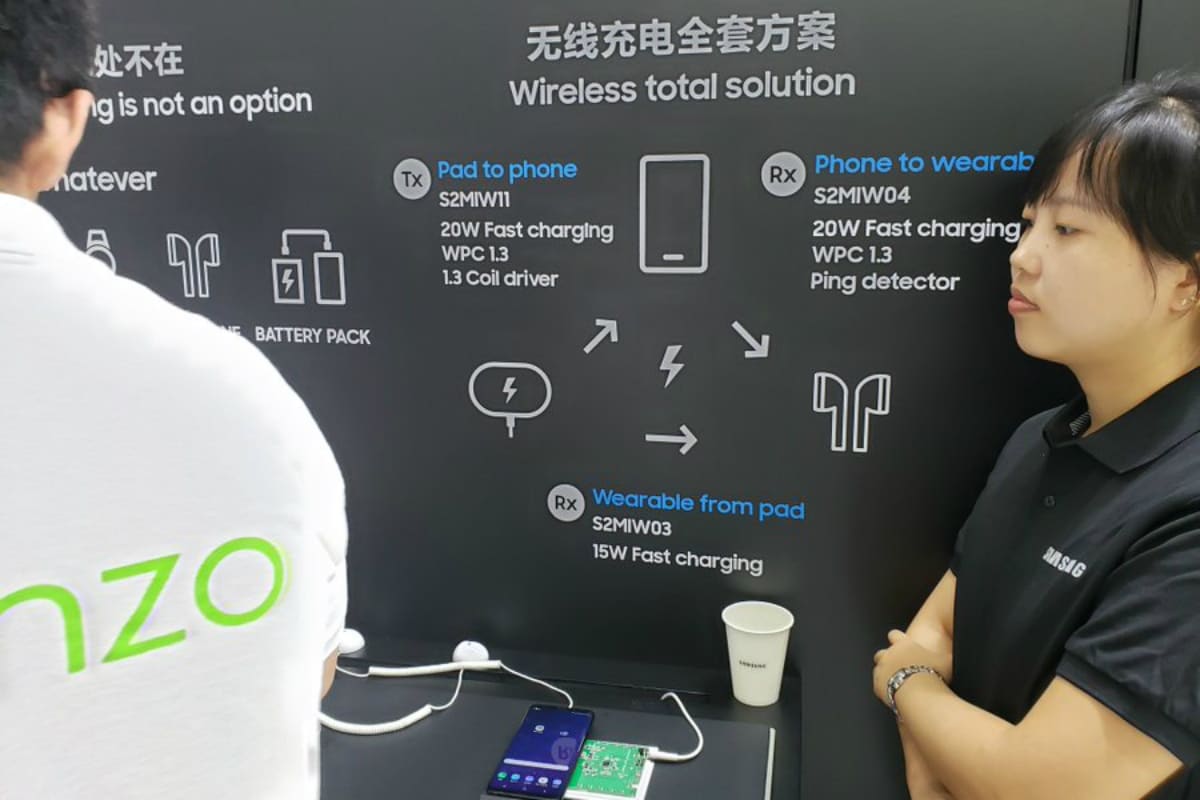