Samsung Galaxy Note 10 is less than two weeks away from going official, but ahead of the launch, Flipkart has begun teasing the arrival of Samsung's next flagship. Additionally, a tonne of new details have surfaced regarding the Galaxy Note 10 and the Galaxy Note 10 Plus duo, such as battery capacity of the two phones, display size and resolution, colour and storage variants, etc. The latest leak claims that the Galaxy Note 10's updated S Pen will come with air gesture support and that the front camera will also support Night Mode for low-light photography. 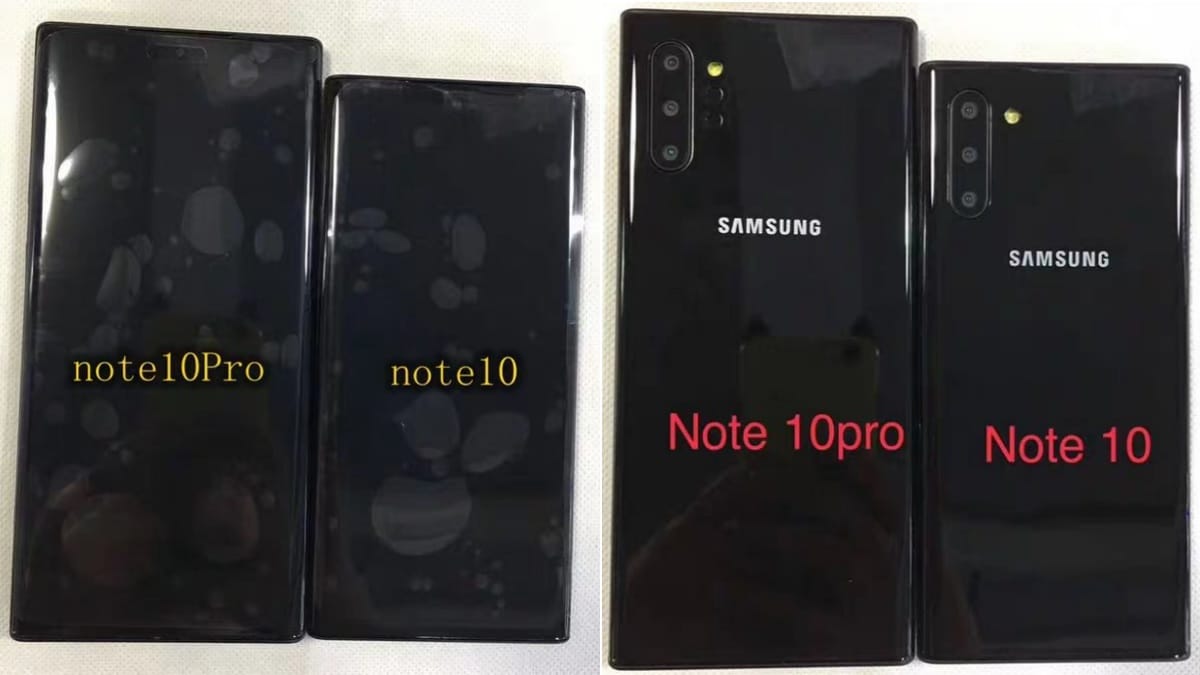 A pair of new leaked images show the Galaxy Note 10 and its Plus variant side-by-side
Photo Credit: Twitter / @UniverseIce

The Galaxy Note 10+ is tipped to arrive in a gradient white and black colour option, while the standard Galaxy Note 10 will reportedly be offered in a red colour option as well. Both the phones are tipped to drop the 3.5mm headphone jack, just as the recent render leak had indicated. The headphone jack's omission on the two phones has reportedly allowed Samsung to increase the battery capacity of the two phones by 100mAh.

It is also being tipped that the Galaxy Note 10+ will pack 12GB RAM only and its base variant will come with 256GB storage, just like a previous report had claimed. Another piece of noteworthy information revealed by the latest leak is that the S Pen will come with gesture support, allowing users to scroll through the gallery without touching the phone's display and do a lot more. Moreover, the stylus will reportedly produce sounds like a highlight marker while jotting down notes.

It is also being tipped that the two phones will also support night mode for the front camera and will have a live focus feature, just like the one on the Huawei P30 Pro. Additionally, an audio zoom feature seen on a handful of LG phones that allows users to enhance audio on a point of focus in a video, will also make its way to the Galaxy Note 10 duo. 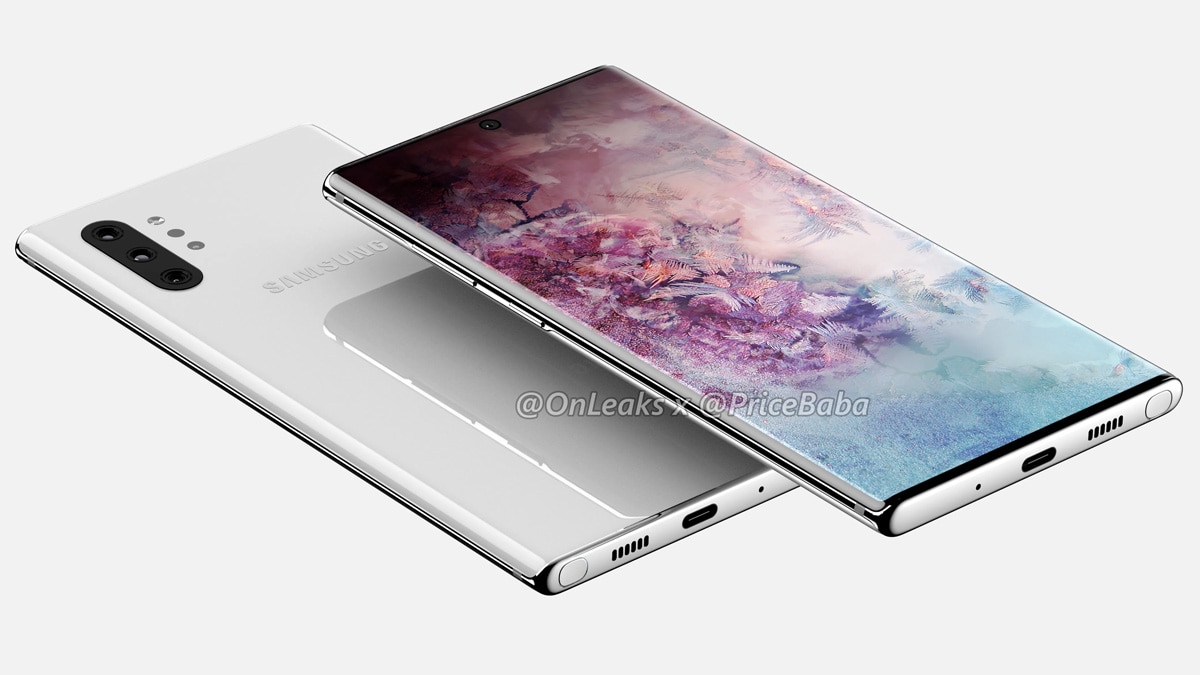 The dedicated Bixby button is said to have been removed, just as leaked case renders had indicated. The latest Samsung Galaxy Note 10 leak makes a few claims that differ from previous leaks coming from more reliable sources, so process the new information with a healthy dose of scepticism.

Noted tipster Evan Blass (aka @evleaks) has tweeted that the Galaxy Note 10 will feature a 6.3-inch AMOLED display with a 60Hz refresh rate. The phone will be powered by the Snapdragon 855+ paired with 8GB of RAM and 256GB of storage. Moreover, the Samsung flagship will pack a 3,600mAh battery with 45W charging support and 25W charge share, supposedly for reverse wireless charging.