Samsung Galaxy M11 was previously spotted on a Wi-Fi certification site that stated the phone will run Android 10.

Samsung Galaxy M11 is expected to have a hole-punch design

Samsung Galaxy M11, expected to be the follow-up to last year's Galaxy M10, was reportedly spotted on the Taiwan's NCC listing with model number SM-M115F/DSN. The live images of the phone show the rear camera setup and a hole-punch design for the selfie shooter. There are images of a battery as well which suggest the Galaxy M11 will have a 5,000mAh battery. The charger and the charging cable can also be seen in the images. The alleged Galaxy M11 variant in the listing has a bluish coloured back panel.

A number of images from the purported NCC listing were shared by MySmartPrice and they hint at a few specifications that the Samsung Galaxy M11 might come with. For starters, the phone has a 3.5mm headphone jack on top, a triple rear camera setup on the back along with the flash, as well as a fingerprint sensor, and what looks like a USB Type-C port. There is also a single speaker grill next to the charging port. The images of the battery point towards 15W charging and a capacity of 5,000mAh. One of the images of the back of the phone has a sticker on it that shows the variant has 32GB of storage. 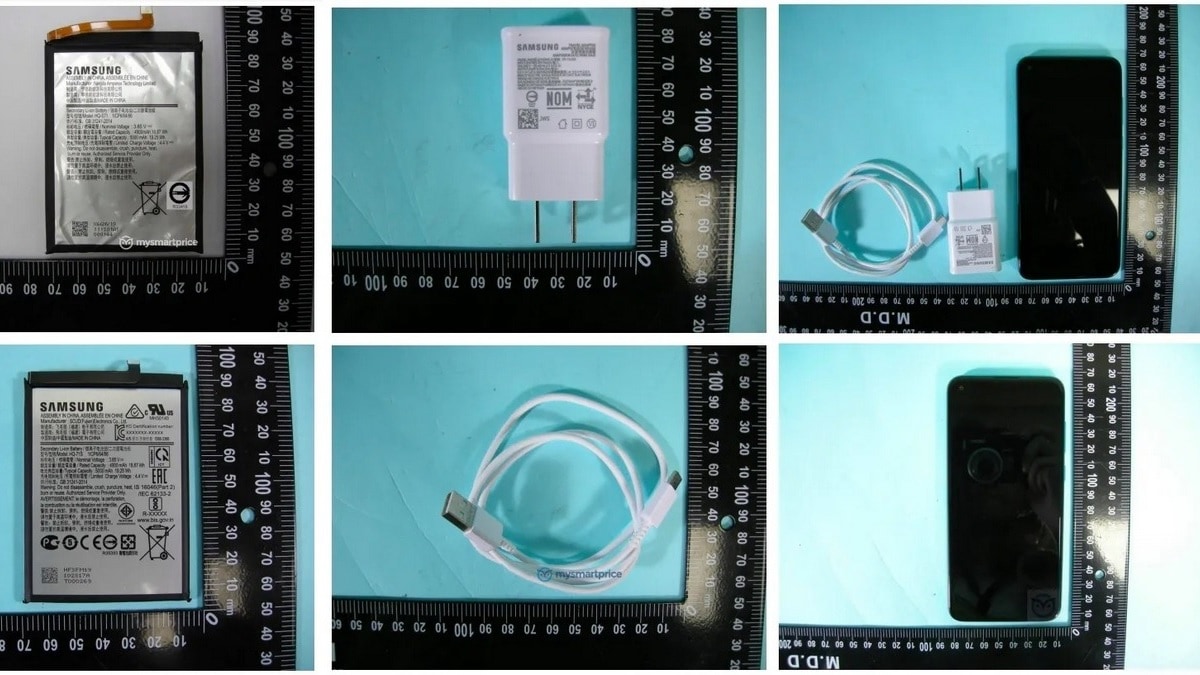 The alleged Samsung Galaxy M11 is placed next to a ruler which tells us the height of the phone is between 160mm and 170mm and width is around 70mm to 80mm. Gadgets 360 was unable to independently verify the listing, thus we urge readers to take the leak with a pinch of salt.

Previous leaks have suggested the Galaxy M11 will run Android 10 out-of-the-box and have single-band 2.4GHz Wi-Fi connectivity. A render of the device recently popped up on a Google Play Console listing showing the front of the phone with a hole-punch display for the design selfie shooter, which is in accordance with the NCC listing. The Google Play Console listing stated the phone will have a screen resolution of 720 x 1560 pixels, a Snapdragon 450 SoC with Adreno 506 GPU and 3GB RAM.