Samsung recently launched the Galaxy M01 (above) in India

The TÜV Rheinland's website includes some new information about the upcoming Samsung Galaxy M01s that was first reported by RootMyGalaxy. It tips that the device will sport a 4,000mAh battery and is said to come with a 5V 1.55A charger. The capacity is similar to the Galaxy M01, and based on the charger specifications mentioned, it might not get a fast charger in the box. 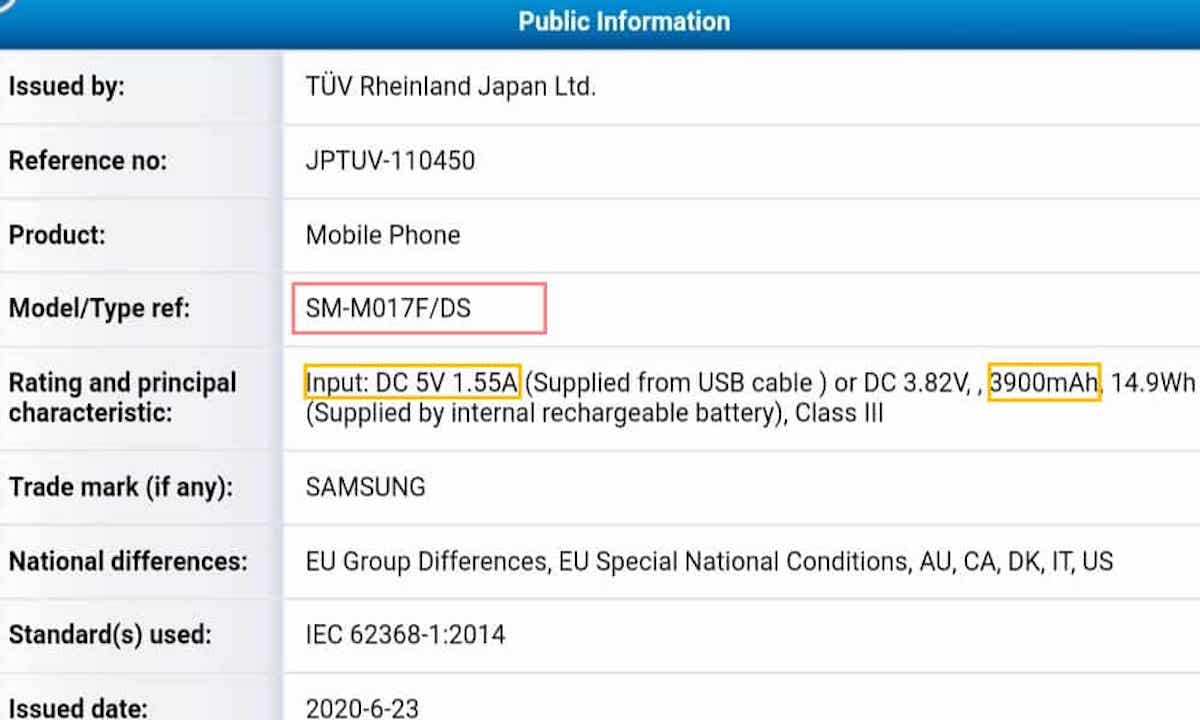 With leaks coming out at a steady pace, it is possible that Samsung could bring the Galaxy M01s to the market soon. Based on its leaked specifications, we can expect it to be yet another budget offering in the affordable M series lineup.

Further reading: Samsung, Samsung Galaxy M01s
Aditya Shenoy Email Aditya
Aditya Shenoy reviews smartphones, wearables, headphones and speakers for Gadgets 360, out of Mumbai. Aditya is a reviewer for Gadgets 360 and has written extensively about smartphones, software updates, and upcoming devices. Aditya is available on Twitter at @adishenoy, and you can mail him at adityashenoy@ndtv.com, so please send in your leads and tips. More
Redmi Note 9 Pro to Go on Sale Today at 12 Noon Via Amazon, Mi India Site: Price in India, Specifications
TikTok Banned: Government Bans 59 Chinese Apps Including Shareit, UC Browser, and WeChat