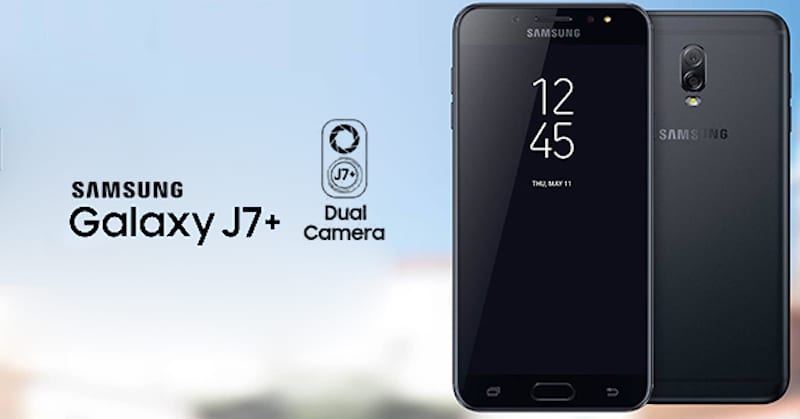 Samsung's recently launched Galaxy Note 8 was the first for the company to sport a dual rear camera setup and going by recent reports it looks like the company is working on its second smartphone with dual cameras. Samsung has appears to have confirmed a Galaxy J7+ mid-range smartphone is in the works that will sport a dual camera setup and the Bixby assistant, among other things, according to a report out of Thailand.

The report details that the Galaxy J7+ will feature a metal unibody design similar to the Galaxy J7 (2017). However, going by the images posted, the Galaxy J7+ looks to feature straight antenna lines on the back rather than the curved ones seen on Galaxy J7. It will run on Android 7.1.1 Nougat and will sport a 5.5-inch full-HD (1080x1920 pixels) Super AMOLED display. The handset will be powered by a octa-core processor with 4GB of RAM. It will be offered with 32GB of internal storage, which will be expandable up to 256GB.

Apart from the cameras, the Galaxy J7+ will also support Samsung's virtual assistant Bixby, a fingerprint sensor likely embedded in the home button, and facial recognition. It is interesting to see Samsung bringing face recognition technology to the mid-range category with phones like Galaxy On Max and Galaxy J7 Max and now the Galaxy J7+. The upcoming smartphone will support dual-SIM and will pack a 3000mAh battery.

As of now there's no word on when the Galaxy J7+ will be launched, but the report mentions that it will be available in Black, Gold, and Pink colour options when it launches in Thailand.