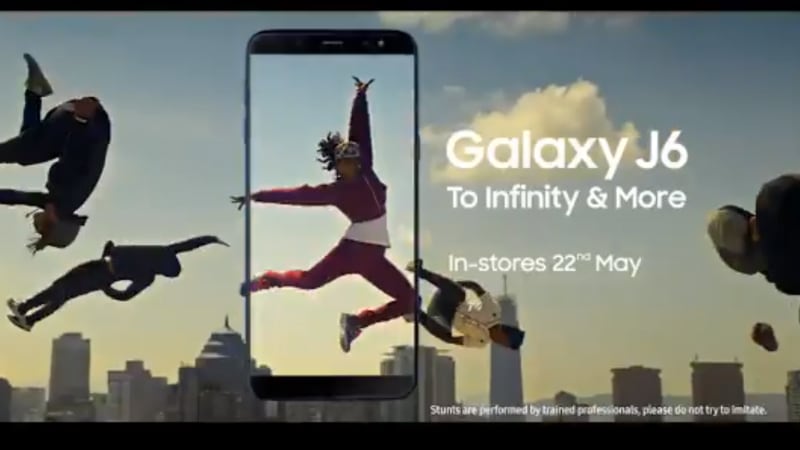 Samsung India's official Twitter handle has announced that the Galaxy J6 is launching in India and hitting stores on May 22. The video attached to the tweet also confirms the arrival of the Infinity Display, something that was highlighted in the event invite as well. To recall, the bezel-less display design was first seen on flagships like the Samsung Galaxy Note 8 and Samsung Galaxy S9, and now it is being introduced on mid-range smartphones as well.

The Samsung Galaxy J6 is expected to come with a 5.6-inch HD+ (720x1480 pixels) AMOLED Infinity Display, an octa-core Exynos 7870 SoC, coupled with 2GB, 3GB, and 4GB RAM options, 3000mAh battery, dual-SIM support, 32GB and 64GB storage options, and include a 13-megapixel rear camera sensor as well as an 8-megapixel front camera sensor. The smartphones is expected to include a S bike mode and an Ultra Data Savings feature.

It is still unsure whether Samsung plans to launch only the Galaxy J6 at the event or other Galaxy A and J series smartphones as well. Rumours suggest that Samsung is set to also launch the Galaxy A6, Galaxy A6+, and Galaxy J4 smartphones on May 21. While we are now sure about the Galaxy J6, the other three's fate still remain a mystery. The Galaxy A-series smartphones will reportedly be priced between Rs. 20,000 and Rs. 25,000, while the devices in Galaxy J-series could cost customers Rs. 15,000 to Rs. 20,000.

5G Standards Will Assume Centre Stage During Roll Out: Telecom Secretary
Instagram Usage Insights to Show You How Much Time You Spend on the Platform