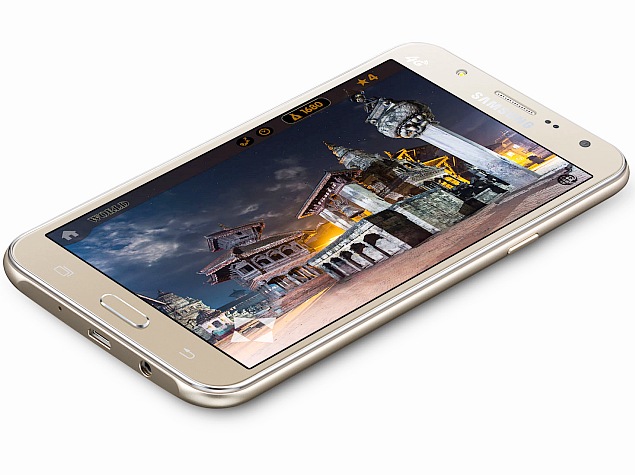 Samsung has launched the Galaxy J5 and Galaxy J7 in India, priced at Rs. 11,999 and Rs. 14,999 respectively. The selfie-focused smartphones will be available to purchase from July 24 exclusively via Flipkart. Pre-booking opens at 4pm on Thursday, and will last till July 23.

The Samsung Galaxy J5 and Samsung Galaxy J7 were launched first in China last month. Notably, the company has launched slightly different models from those launched in China, with differences including display type, processor, and inbuilt storage. The models launched also do not support TDD-LTE Band 40 (2300MHz) for 4G LTE in India, and only the FDD-LTE Band 3 (1800MHz).

Update: While the specifications initially provided by Samsung India did not mention support for 2300MHz TDD-LTE Band 40, Samsung has confirmed to NDTV Gadgets that the Galaxy J5 and Galaxy J7 smartphones do indeed support this band as well as 1800MHz FDD-LTE Band 3. Airtel uses Band 40 for its 4G services in India right now, and other operators are lining up to launch 4G services using Band 3.

Samsung says consumers can also opt for Samsung flip covers worth Rs. 999 at Rs. 199 for a limited time period. The South Korean giant has also partnered with Airtel to provide an introductory offer for 4G users which will include double data offer. Customers will also get unlimited music download worth Rs. 594 through Wynk Music app for a period of 6 months.

The Android 5.1-based smartphones are dual-SIM dual standby handsets that will be available in Black, White, and Gold colours. Both smartphones feature front-facing LED flash, the first handsets from the company to do so, making them selfie-focus smartphones.

The Samsung Galaxy J5 features a 5-inch Super Amoled display (instead of the TFT LCD display launched in China) with a HD screen resolution of 720x1280 pixels. The smartphone is backed by 1.2GHz quad-core Snapdragon 410 SoC coupled with 1.5GB of RAM. The Indian model features 8GB of built-in storage instead of the Chinese model's 16GB, and it is further expandable via microSD card (up to 128GB). 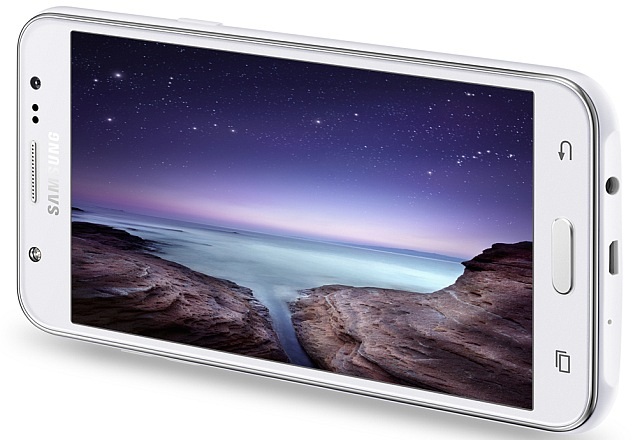 It packs a 2600mAh battery, which is rated to deliver a standby time of 342 hours. It sports a 13-megapixel rear autofocus camera with f/1.9 aperture and 5-megapixel front camera. Apart from 4G, the handset supports 3G, Bluetooth v4.1, Wi-Fi, NFC, GPS, Glonass and Micro-USB. The Galaxy J5 measures 142x73x8.5mm and weighs 149 grams.

The Samsung Galaxy J7 features similar specifications to the Galaxy J5. The only differences in the Galaxy J7 are the larger 5.5-inch Super Amoled display (once again, instead of the TFT LCD display launched in China) with the same resolution, 16GB of inbuilt storage, and a 3000mAh battery rated to deliver 354 hours of standby time. The smartphone measures 152.2x79.1x7.9mm and weighs 168 grams. Notably, Samsung has launched a variant of the Galaxy J7 in India that sports an 1.5GHz octa-core Exynos 7580 processor instead of the octa-core Snapdragon 615 SoC that was launched with the China model.

The company has also partnered with Gameloft to provide an offer buyers of the Galaxy J5 and Galaxy J7 handsets, providing free in-game credits of up to Rs. 3,200 for prominent titles like Asphalt 8 and Modern Combat 5, among others.

Asim Warsi, Vice President, Marketing, IT & Mobile at Samsung India, said, "Samsung is committed to lead the 4G revolution by providing new user experiences and latest technology. With consumers embracing the 4G revolution, we are looking at expanding our product offerings. The launch of Galaxy J5 and Galaxy J7 aims to give consumers options in the mid-range price segment. With optimal features and great value proposition for our consumers, the new devices will offer an uncompromised smartphone experience, at very competitive prices."

HTC Desire 820G+ Dual SIM With Octa-Core SoC Launched at Rs. 19,990
Google Is Hiring an SEO Expert to Do Better in Google Rankings