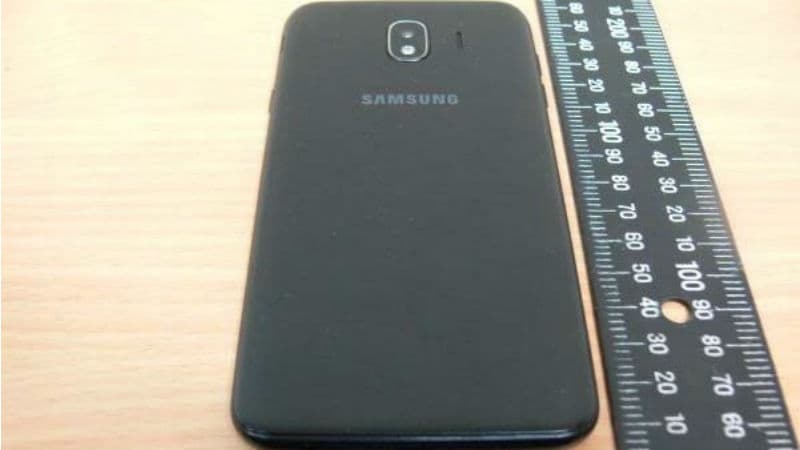 Samsung appears to be planning to expand its affordable Galaxy J-series smartphones this year, and a recent report also claimed that four new models will be arriving in May. Earlier, we saw the upcoming Galaxy J6 and Galaxy J8 in benchmarks, and now it's time to look at the yet-unannounced Galaxy J4. The smartphone has been spotted in leaked live images as well as across official support pages on several Samsung websites. It is yet another indication that the South Korean giant will soon unveil the new handset.

The Galaxy J4 (SM-J400) smartphone has been spotted across official support pages on Samsung's India, Philippines, and Saudi Arabia sites. The details confirm the existence of the handset and reveal that the company may launch it in these three countries initially. However, they did not reveal too much in terms of specifications.

Further to the listings in Samsung's support pages, live images of the Galaxy J4 have also surfaced online. The smartphone has been submitted to the National Communication Propagation Committee (NCC) of Taiwan for approval and Blog of Mobile has spotted images of the handset on the agency's website. As per the images, the Galaxy J4 will not have a metal unibody design. Also, the smartphone will have a removable back and possibly bear a replaceable battery. Notably, the smartphone has also received Bluetooth and Wi-Fi certifications.

The 80 Best Movies on Amazon Prime Video in India
Red Dead Redemption 2 Special Editions to Be Announced Next Month: Rockstar