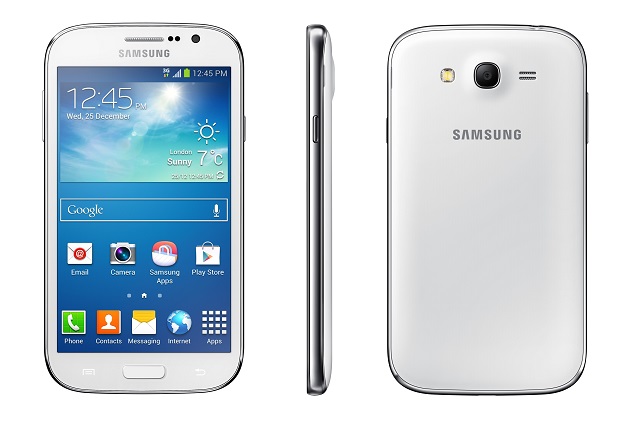 Samsung's much-anticipated smartphone, the Galaxy Grand Neo, has been listed on the Samsung Jordan website, along with the handset's specifications.

The Galaxy Grand Neo has not been given a price yet, though the smartphone quite obviously falls into the mid-range segment based on the specifications. The availability of the handset is only shown for the city of Amman as of yet.

Samsung Galaxy Grand Neo's Android version has not been mentioned on the official page but, based on previous rumours, the handset is expected to come with Android 4.2 or 4.3 Jelly Bean. The device is also known as the Galaxy Grand Lite in some regions, with the model number GT-I9060 common for both.

The smartphone also supports dual-SIM with no word on dual standby functionality. The Galaxy Grand Neo features a 5.1-inch TFT screen with WVGA (800 x 480 pixel) resolution. An unspecified quad-core processor clocked at 1.2GHz powers the device alongside 1GB of RAM.

The camera options for the handset includes 5-megapixel rear and a VGA front-facing camera. Galaxy Grand Neo also features LED-flash support and auto-focus feature for the rear shooter along with the 720p video recording capability.

Samsung Galaxy Grand Neo will arrive with a 16GB in-built storage, which can be expanded up to 64GB via microSD card. The handset also has a support for 3G networks along with Wi-Fi b/g/n (2.4GHz support), Wi-Fi Direct, Bluetooth 4.0 LE, GPS/AGPS and more under its connectivity options.

Galaxy Grand Neo additionally features a multi-window functionality, which has been previously seen in Samsung Galaxy Grand 2 and Galaxy Note 3. The handset also comes with a modified one-handed operation keypad designed to make calls and send texts without using both the hands.

While the Galaxy Grand Neo's price remains unannounced, a Dutch online retailer is quoting an unlocked price of 260 euros, or roughly Rs. 22,200.