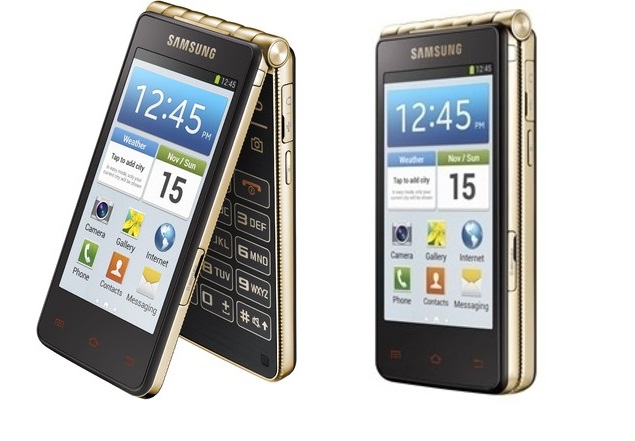 Samsung's Android flip phone, the Galaxy Golden, has received a price cut in India. It is now available online at Rs. 29,999.

The Galaxy Golden is currently retailing at an e-commerce website with the new reduced price. However, it's worth pointing out that the new price tag of Rs. 29,999, down from the earlier price of Rs. 51,900, is not official. We are yet to hear about any price cut from Samsung.

Notably, Samsung Galaxy Golden made its way to India in October, while globally the Android flip phone was launched in August.

The Samsung Galaxy Golden runs Android 4.2 Jelly Bean out-of-the-box. It sports two 3.7-inch Super AMOLED displays, on the inside and the outside of the top-half of the flip-style phone. The Galaxy Golden is powered by a 1.7GHz dual-core processor (unspecified chipset) along with 1.5GB of RAM. 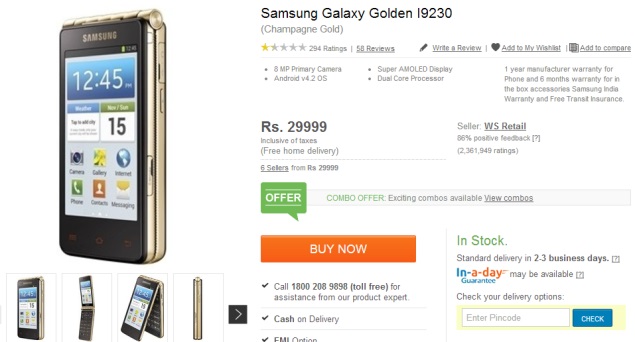 The Galaxy Golden includes 16GB of inbuilt storage which is expandable up to 64GB via microSD card. It packs a 1820mAh battery, with no word on talk time and standby time.

The Samsung Galaxy Golden also comes with features such as Easy Mode, which features large fonts and icons that enable users to access and search apps, and Hidden Receiver, which allows users to take calls without opening the flip phone.