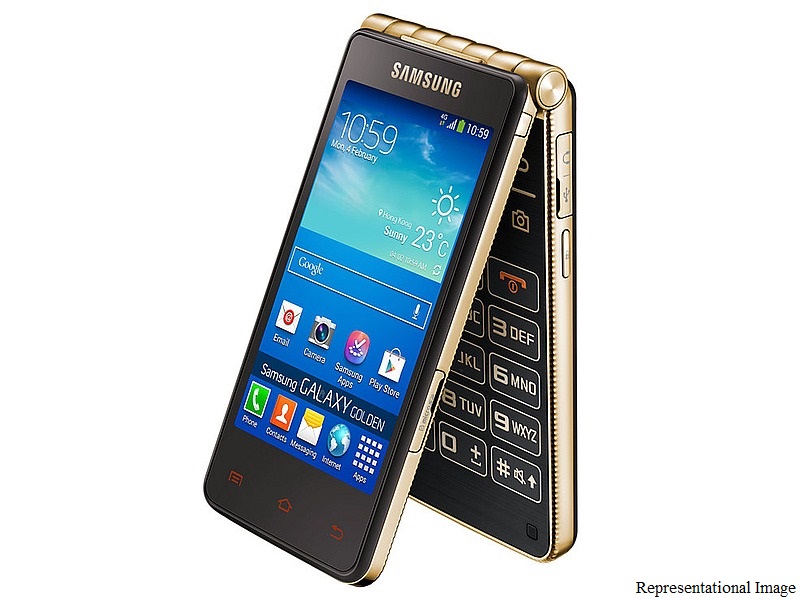 The Samsung SM-W2016, thought to be the anticipated Galaxy Golden 3 flip phone smartphone, showed up in GFXBench benchmarks last month. It has now been certified by Tenaa. The listing tips some of its specifications but fails to show images of the handset .

The Samsung Galaxy Golden 3 as per the Tenaa listing features two 3.9-inch HD (768x1280 pixels) resolution displays. This contradicts the GFXBench results that showed an inclusion of 4.6-inch HD display. The smartphone would run an octa-core 1.2GHz processor under-the-hood, clubbed with 3GB RAM. It would also house 64GB of inbuilt storage.

The flip phone, as per the listing (via Phonearena) will sport a 13-megapixel rear camera and a 5-megapixel front-facing camera. The Android 5.1.1 Lollipop smartphone would be 15.1mm thick, which is 0.7mm slimmer than its predecessor - the Galaxy Golden. It weighs 204 grams.

Samsung earlier this month launched its new Galaxy On series smartphones, the Galaxy On5 and Galaxy On7 in India. The 4G LTE-supporting smartphones feature almost the same specifications except for different screen sizes, and different processors. Both sport a 13-megapixel rear autofocus camera and a 5-megapixel front camera. While the Galaxy On5 sports a 5-inch HD display and 1.3GHz quad-core Exynos 3475 SoC, the larger Galaxy On7 features a 5.5-inch HD display and is powered by a 1.2GHz quad-core Snapdragon 410 SoC