Samsung Galaxy Fold Will Be the Name of Samsung's Foldable Phone, Tipster Claims Ahead of Launch 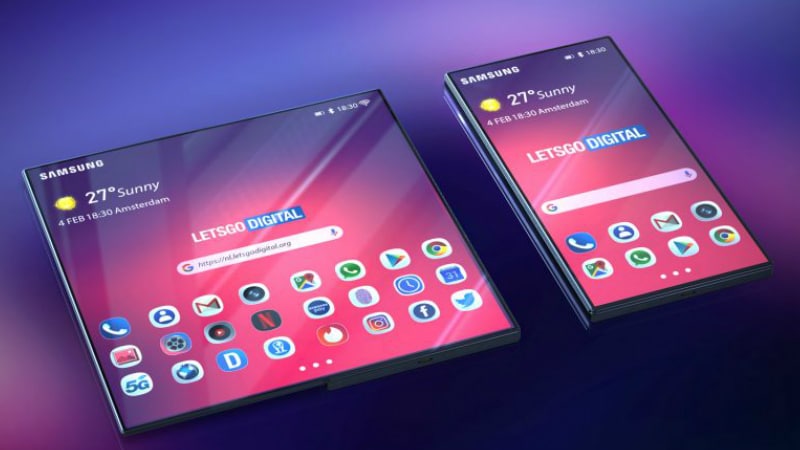 Samsung Unpacked event will start at 12.30am IST on February 21

Samsung's next-gen Galaxy S10 series and the new foldable phone are set to launch at its Unpacked event in San Francisco tomorrow. A whole lot is known about the three Galaxy S10 variants already, but the foldable device has been spotted occasionally, with detailed specifications still a mystery. Even the name of the foldable phone has been a topic of debate with some calling it Galaxy Fold, and some Galaxy F. However, a tipster now suggests that Samsung's first foldable phone will be called the Samsung Galaxy Fold.

The new model is also rumoured to carry a price tag of around GBP 2,000 (roughly Rs. 1,82,000). A 5G variant of the foldable phone could also debut specifically for the South Korean market. As per a recently leaked promotional video, the Samsung Galaxy Fold should unfold to reveal two screens hidden inside. There will be one screen outside for usage when the phone is folded.

The cover panel of the foldable phone by Samsung is so far reported to sport a 4.58-inch display, its inner foldable panel is said to be 7.3 inches in size. The smartphone is also rumoured to have a triple rear camera setup and come with a mode called Multi-Active Window to run up to three apps simultaneously. It is tipped to come equipped with two batteries of 2,190mAh capacity each. The two individual batteries, will grant the foldable device a net battery capacity of 4,380mAh.

A glance at the upcoming phone was given at the Samsung Developer Conference (SDC) in November last year. At the event, Samsung said that its foldable smartphone form factor is based on an Infinity Flex Display panel. It will run on One UI interface that supports foldable device as well. .

We need to wait until the Samsung Galaxy Unpacked event to understand what all the difference the foldable phone will offer to end users. The event will begin at 12.30am IST on February 21 in India due to the time difference.