Samsung Galaxy Fold repairability could be way harder than expected

Samsung Galaxy Fold is yet to debut in global markets. But ahead of its formal availability, the foldable Samsung phone has received a teardown treatment in China. It gives us a clear look at the hinge that enables the foldable form-factor. The Galaxy Fold is also found to have quite a precise alignment that helps provide the folding design to the flexible display panel. Importantly, the disassembly of the Galaxy Fold surfaces on the Web amid the outrage that Samsung is facing from tech reviewers who observed the malfunctioning of the new model.

The disassembly of the Samsung Galaxy Fold has been reported on Weibo along with photos of the dismantled model. The phone seems to have a hinge at the centre that maintains alignment using minimalistic components. Also, there are apparently connectors that connect the motherboard with the display panel using an FPC (Flexible Print Circuit). These sophisticated inputs make not just the repairability of the Galaxy Fold very difficult but could also lead to the complete breakdown of its screen -- something that some tech reviewers noticed initially. 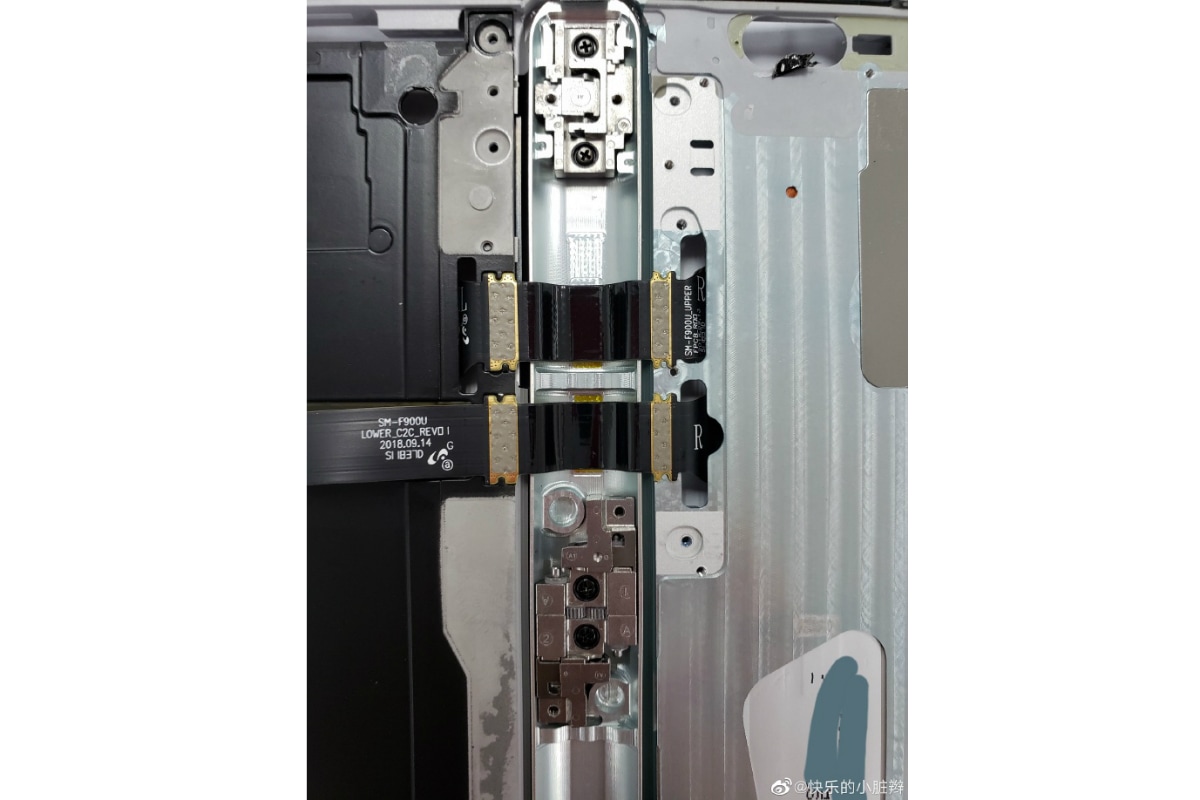 Having said that, the foldable screen of the Galaxy Fold is found to be just like a "soft rubber" and easy to remove. The external display, however, is said to be difficult to disassemble and can even shatter during the process.

The two batteries powering the Galaxy Fold have distinct shapes to match the foldable design. However, the individual capacity of the built-in battery packs is yet to be revealed. The phone jointly offers 4,380mAh battery capacity, though. A single PMIC circuit has also been spotted that could power the two display panels. 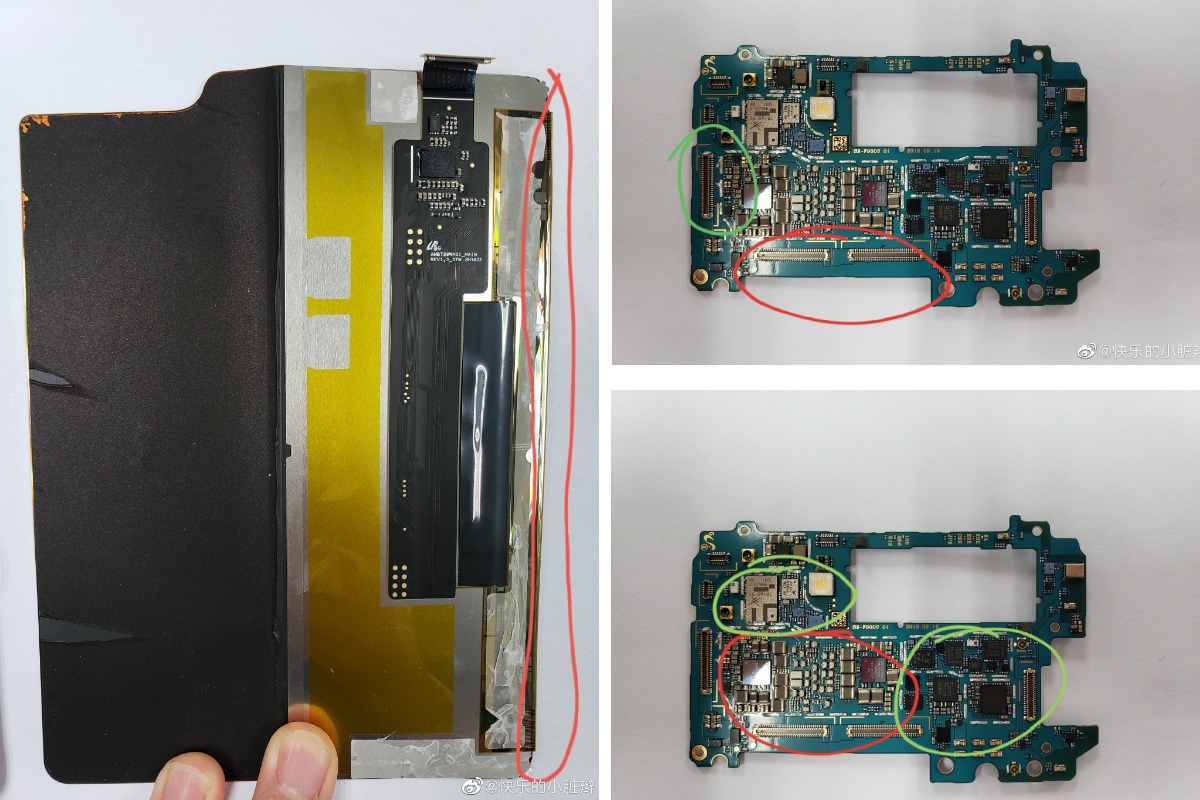 Samsung Galaxy Fold has been spotted with a single PMIC circuit to power the two display panels
Photo Credit: Weibo

Samsung hasn't specified any details about the repairability of the Galaxy Fold. Also, given the initial display problems that could be detailed in reviews by publications in the coming days, the South Korean company may have to reveal at least how much would it charge for replacing the foldable display panel.

To recall, the Samsung Galaxy Fold is debuting in the US on April 26 with a starting price of $1,980 (roughly Rs. 1,37,400). It will also go on sale in Europe and the US early next month. Similarly, the Galaxy Fold is expected to arrive in India soon.