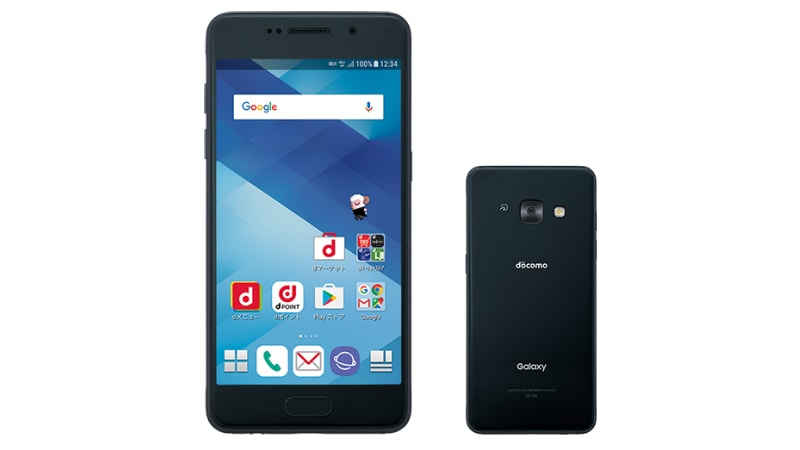 After its big bang Galaxy S8 launch, Samsung has announced a mediocre budget device called the Galaxy Feel. The device is up for pre-booking in Japan on NTT DoCoMo site, and the sales are expected to begin sometime in the middle of June. There is no word on pricing as of yet.

The Samsung Galaxy Feel has been made available in White, Pink, and Black colour variants. The fingerprint sensor is situated underneath the Home Button in the front, and it seems to sport a glass back with metal edges. The volume buttons sit on the left edge and the power button on the right edge. There’s a USB Type-C port and a 3.5mm audio jack seen at the bottom edge of the device.

The pre-booking listing has let the specifications out of the bag, and the Samsung Galaxy Feel runs on the latest Android 7.0 Nougat software. It sports a 4.7-inch HD (720x1280 pixels) Super AMOLED screen, and is powered by a 1.6GHz octa-core processor paired with 3GB of RAM.

Talking about optics, the Samsung Galaxy Feel sports a 16-megapixel rear camera and a 5-megapixel front camera for selfies and video chats. As for internal storage, the smartphone offers 32GB of space. Connectivity options include 4G VoLTE, WiFi 802.11 a/b/g/n, NFC, and Bluetooth version 4.2.

The Samsung Galaxy Feel’s dimensions measure at 138x67x8.3mm, and the smartphone weighs 149 grams. It also sports dust and water resistance with an IP6X rating. It packs a 3000mAh battery that is rated to deliver up to 170 hours of standby time and supports quick charging. The company claims that the phone will fully charge in 110 minutes.