Samsung Galaxy F42 5G is tipped to be powered by the MediaTek Dimensity 700 SoC. 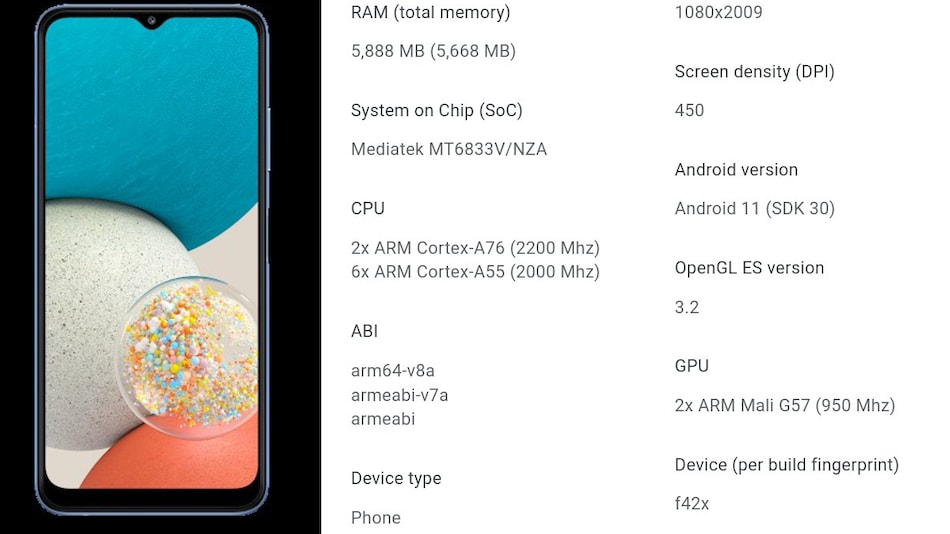 The image attached to the Google Play Console listing hints that the Samsung Galaxy F42 5G may have a waterdrop-style notch, aka Infinity-V display. The phone is seen having a considerably thick chin at the bottom. Its volume and power buttons are positioned on the right spine. The dent for the fingerprint scanner is also visible.

A recent leak had suggested that the Samsung Galaxy F42 5G may be unveiled sometime this month, expanding Samsung's mid-tier range of 5G smartphones. The Samsung Galaxy F42 5G was allegedly spotted in a Geekbench listing earlier that also hinted at 6GB RAM and a MediaTek Dimensity 700 SoC. It was reportedly spotted on Bluetooth SIG and the Bureau of Indian Standards (BIS) certification websites as well.