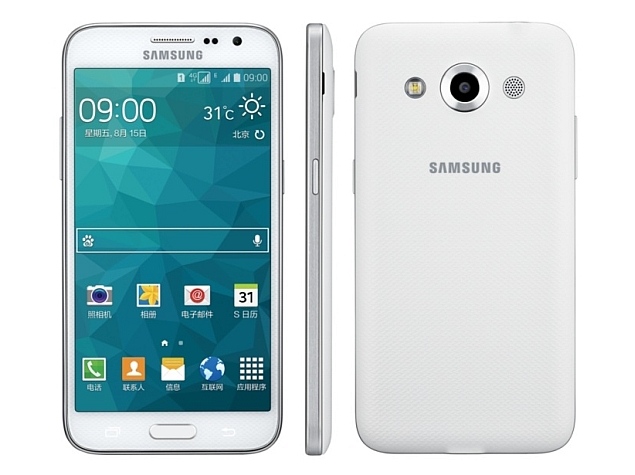 Samsung has quietly announced a new smartphone by listing it on its China website, the Galaxy Core Max. The handset comes with model number SM-G5108, and as the name suggests, is larger than any other Galaxy Core handset in the family. For now, no price has been listed by Samsung, and details of both China and global availability have also not been provided.

As per the official listing, the dual-SIM Galaxy Core Max smartphone runs Android 4.4 KitKat out-of-the-box skinned with the firm's own TouchWiz UI. It features a 4.8-inch qHD (540x960 pixels) Super Amoled display, and is powered by a quad-core processor (unspecified) clocked at 1.2GHz, clubbed with 1GB of RAM. There is 8GB of built-in storage, which can be further expanded via microSD card (up to 64GB).

Notably on Wednesday, Samsung listed the Galaxy S5 Plus on its Netherlands website, a variant of its flagship smartphone that is actually the European version of the Galaxy S5 4G+ introduced in Singapore in August.

Both the Galaxy S5 Plus and Galaxy S5 4G+ feature the same model name as well - SM-G901F - and have the same specifications, of which the most notable is the 2.5GHz quad-core Qualcomm Snapdragon 805 SoC - a significant bump up from the Galaxy S5 and its Snapdragon 801 processor that also brings integrated LTE-A connectivity.