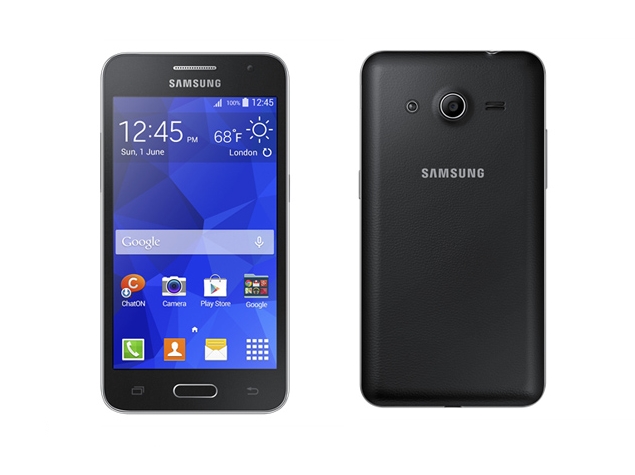 Samsung's recently launched Galaxy Core 2 will reportedly be selling at a discounted price of Rs. 11,599, against the MRP Rs. 13,950, starting Tuesday, if information from an established retailer from Mumbai is to be believed.

The retailer Mahesh Telecom on Monday also tweeted a live picture of the Galaxy Core 2 along with the pricing and stock availability information. So far, no announcement regarding the smartphone has been forthcoming from Samsung India.

Galaxy Core 2 supports dual-SIMs and runs Android 4.4 KitKat out-of-the-box with the company's TouchWiz Essence UI on top. It comes with a 4.5-inch WVGA TFT display that offers 480x800 pixels resolution. It is powered by a quad-core processor clocked at 1.2GHz coupled with 768MB of RAM. The Galaxy Core 2 sports a 5-megapixel autofocus rear camera with LED flash and VGA (0.3-megapixel) front-facing camera. The 4GB of inbuilt storage on the Galaxy Core 2 is expandable to 64GB with support of a microSD card. Connectivity options on the smartphone include Wi-Fi b/g/n, Bluetooth 4.0, Micro-USB and 3G. The Galaxy Core 2 will be available in Black and White colour variants. It is powered by a 2000mAh battery.