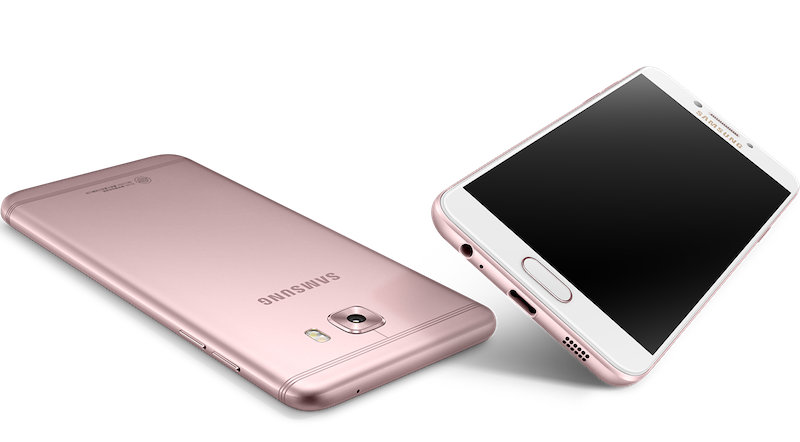 Samsung's Galaxy C7 Pro is official with the smartphone now listed on the company's Chinese website. The phone had been spotted earlier this week alongside the Galaxy C5 Pro and the already-launched Galaxy C9 Pro. The Galaxy C7 Pro had also been spotted in November on benchmarking website AnTuTu.

The Galaxy C7 Pro's official specs fall in line with what the benchmark site had listed. The smartphone runs on Android 6.0.1 Marshmallow and features a 5.7-inch 1080p Super AMOLED display. The device is powered by a 2.2GHz octa-core Snapdragon 625 SoC coupled with 4GB of RAM.

The Galaxy C7 Pro features a 16-megapixel sensor on both the front and back with f/1.9 aperture. The cameras are capable of recording full-HD videos at 30 frames per second. The handset is offered with 64GB of inbuilt storage, which is expandable up to 256GB via microSD.

The Galaxy C7 Pro was earlier expected to be priced at $199 (roughly Rs. 13,600). Unfortunately, the website does not mention the price of the smartphone yet. Pre-orders of the Galaxy C7 Pro will begin from January 16 in China. The phone will be available in Rose Pink, Arctic Blue, and Maple Leaf Gold colours.