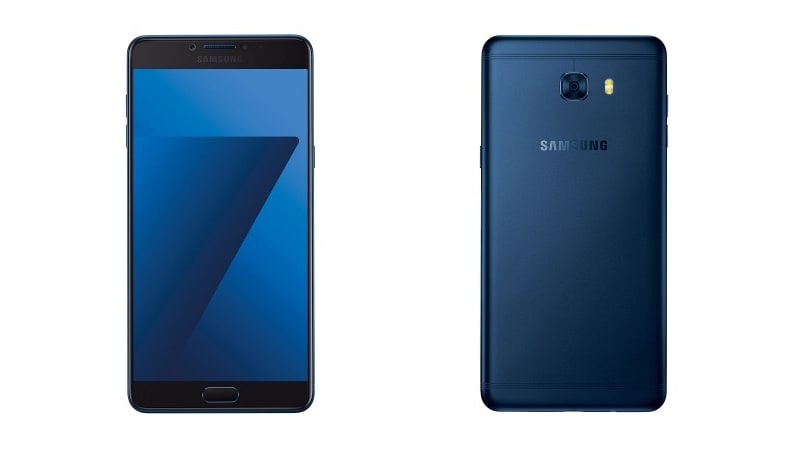 Samsung Galaxy C7 Pro has received a price drop in India. To recall, the smartphone was launched at Rs. 27,990 in India in April last year, and the price had since fallen to Rs. 24,900. The retailer reports the Samsung Galaxy C7 Pro price in India is now Rs. 22,400 - a price drop of Rs. 2,500. The updated price is already reflecting on Amazon India, which was the exclusive online retailer partner at launch. Notably, the Samsung India site still shows the Rs. 24,900 price tag - and we've reached out to the company for confirmation about when we can expect the revision on online channels. However, a Rs. 2,500 Paytm Mall cashback is being promoted by Samsung if the smartphone is bought via the Paytm Mall site, which effectively brings the price down to the same Rs. 22,400 level.

The Samsung Galaxy C7 Pro price cut in India was first reported on Saturday by Mahesh Telecom, an established mobile retailer from the Mumbai region. The Galaxy C7 Pro is a dual-SIM (Nano-SIM) smartphone, and runs on Android 6.0.1 Marshmallow. It sports a full-metal unibody, an Always-on display, a fingerprint scanner on the home button, and 'upcoming' Samsung Pay support.

The Galaxy C7 Pro features a 16-megapixel sensor on both the front and back with f/1.9 aperture, though the rear camera gets PDAF and a dual-LED flash module in addition. The cameras are capable of recording full-HD videos at 30 frames per second. The handset is offered with 64GB of inbuilt storage, which is expandable via microSD card (up to 256GB) in a hybrid dual-SIM configuration.