Samsung's new projector phone and successor to the Galaxy Beam, the Galaxy Beam 2 has been listed on the company's China site. However, the South Korean giant has not revealed its availability or pricing details.

Notably, Samsung's first projector phone, the Galaxy Beam, didn't make much of an impact in the smartphone market. The Galaxy Beam was announced at Rs. 29,900 for the Indian market in July 2012.

The Galaxy Beam 2 comes with built-in mini projector, the highlight of the device and also sports a metallic design. The Galaxy Beam 2 is a single SIM device and is expected to go on sale in China via the China Mobile network. It runs Android 4.2 Jelly Bean out-of-the-box and comes with a 4.66-inch (480x800 pixels) WVGA display. 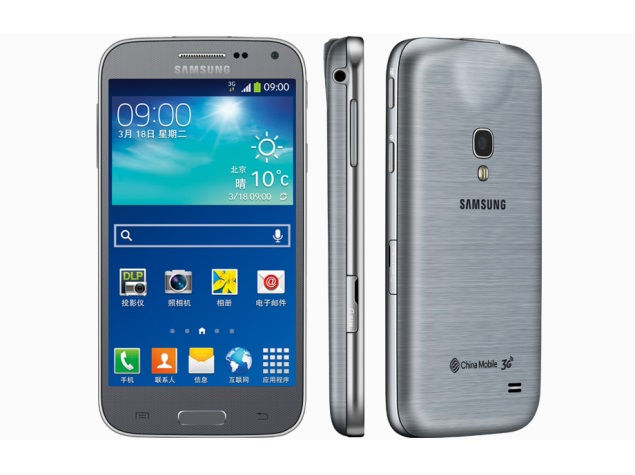 Samsung's latest projector smartphone is powered by 1.2GHz quad-core (unspecified chipset) processor. The official listing does not provide details about the RAM or inbuilt storage, though it does reveal the Galaxy Beam 2 supports expandable storage via microSD card (up to 64GB).

Samsung's latest flagship Galaxy smartphone, the Galaxy S5 went on sale worldwide on April 11. It is priced at Rs. 51,500 in India.

Notably, the company launched the Exynos-based octa-core version of the Galaxy S5 in India, while Samsung showcased only the Qualcomm Snapdragon 801-powered version at MWC.

Mobiles launched in April 2014
Affiliate links may be automatically generated - see our ethics statement for details.