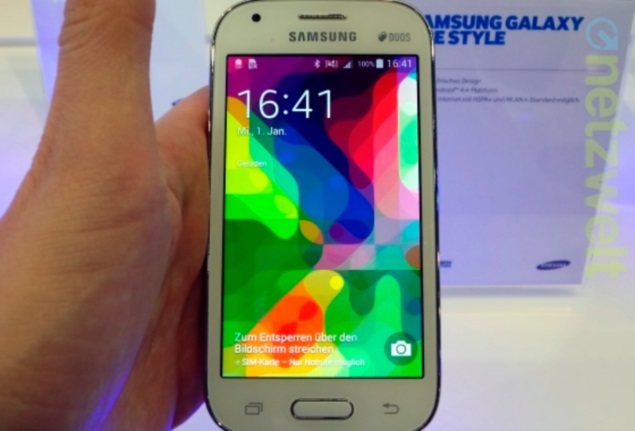 Samsung is said to have showcased its yet-to-be-officially-announced Galaxy Ace Style in Germany, where it is expected to be launched soon.

Earlier on Friday, Samsungquietly listed its latest Galaxy S3 Neo smartphone on its India site without pricing and availability details.

The Samsung Galaxy S3 Neo is a 'lite' variant of the company's 2012 flagship smartphone, the Galaxy S III.

The Samsung Galaxy S3 Neo runs Android 4.3 Jelly Bean out-of-the-box. The Galaxy S3 Neo is a dual-SIM device with support for GSM+GSM. It features a 4.8-inch HD (720x1280 pixels) Super AMOLED display. The Galaxy S3 Neo is powered by a 1.2GHz quad-core processor, with no word on the chipset. Notably, the Galaxy S III Neo+ variant packs a 1.4GHz processor. The Galaxy S3 Neo comes with 1.5GB of RAM and supports expandable storage up to 64GB, while there is no mention of the amount of inbuilt storage.