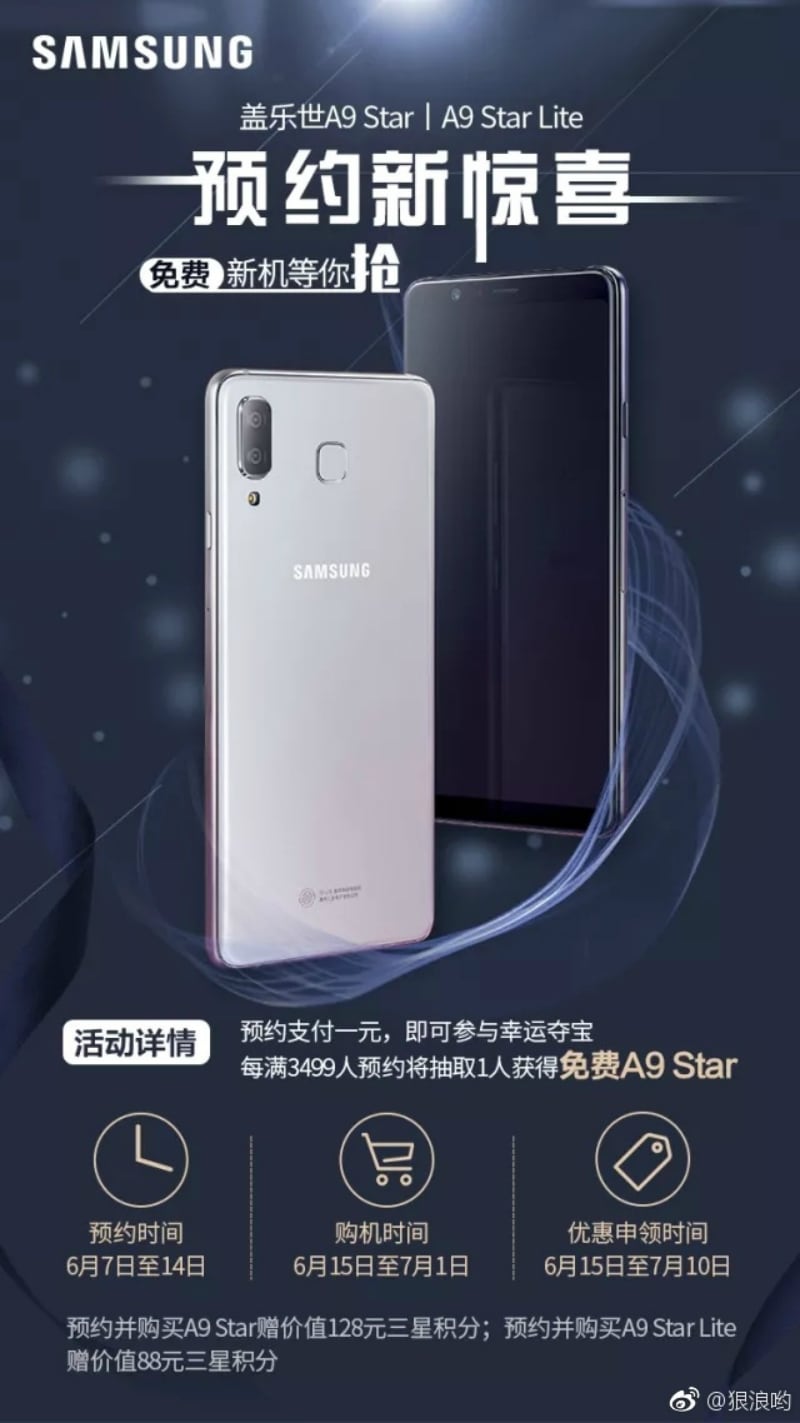 Moving on to the NCC certification listing, first spotted by 91Mobiles. The report reveals live photos for Samsung's smartphone with model number SM-G885Y/DS, which is the dual-SIM variant of the phone. The images reveal a vertical dual camera setup at the back and a rear-mounted fingerprint sensor. Bottom of the smartphone houses a Micro-USB port and a 3.5mm headphone jack.

Previously, the Galaxy A9 Star had reportedly been spotted on Geekbench. The smartphone is expected to sport a 5.8-inch QHD+ (1440x2960 pixels) Super AMOLED display with a 19:9 aspect ratio. According to this listing, the Galaxy A9 Star is powered by an octa-core Qualcomm Snapdragon 660 SoC, coupled with 4GB of RAM and 64GB of onboard storage.