Samsung has been for a while rumoured to be working on the new Galaxy A-series of smartphones, a series expected to include the Samsung Galaxy A3 (SM-A300), Samsung Galaxy A5 (SM-A500), and Samsung Galaxy A7 (SM-A700) - phones that have leaked on multiple occasions in the recent months.

Now, the Samsung Galaxy A7 has been purportedly been spotted on the company's website sporting model number SM-A700FD. Reportedly the 'D' in model number SM-A700FD of the Samsung Galaxy A7 denotes that the smartphone will debut with a dual-SIM variant. The South Korean company is famous for launching its high-end Galaxy smartphones in dual-SIM avatar in China and a recent example was the Galaxy Note 4 Duos that debuted last week. 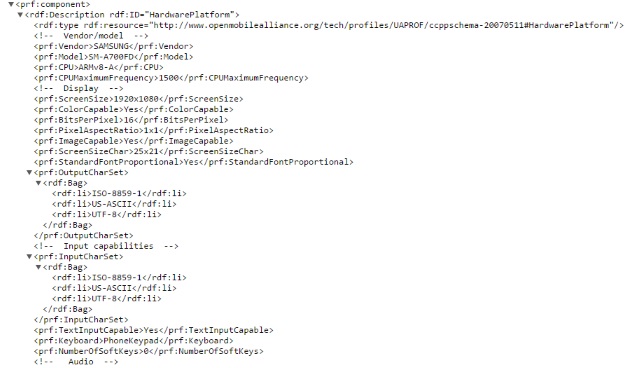 First spotted by a Dutch site, the rumoured Galaxy A7 is seen sporting a full-HD (1080x1920 pixels) resolution screen with no word on the display size and packs an ARMv8-A 64-bit processor. Further, the UA profile listing of the Samsung Galaxy A7 suggests that the device will run Android 4.4.4 KitKat out-of-the-box. There's no word on any other specifications of the Samsung Galaxy A7.