While last week Samsung had reportedly launched the Galaxy A7 in the Philippines, the company has this week official launched the smartphone globally. The metal unibody handset will hit shelves in Q1 of this year. The Galaxy A7's official price has yet to be disclosed, however the Philippines price was reported at PHP 24,990 (roughly Rs. 34,700).

Both chipset-variants offer 4G LTE connectivity, though a dual-SIM version running the same Exynos SoC offers only 3G connectivity. There is also a dual-SIM Snapdragon 615 SoC version. The Samsung Galaxy A7 flaunts a 5.5-inch Super-AMOLED display with a full-HD (1080x1920 pixels) resolution and runs Android 4.4 KitKat out-of-the-box. At 6.3mm, it is also Samsung's slimmest smartphone to date. There is still no word on a promised Android 5.0 Lollipop update. 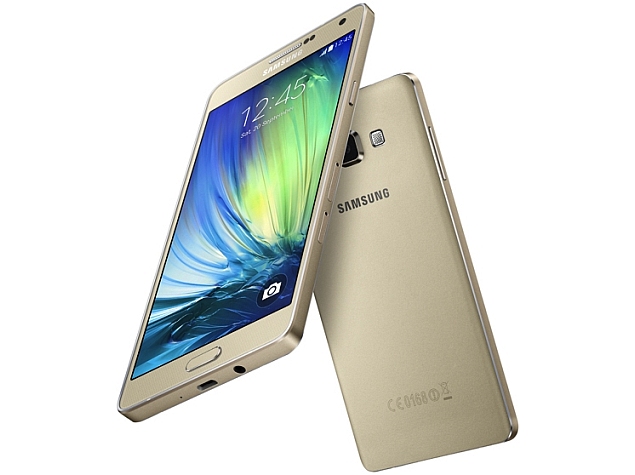 The Samsung Galaxy A7 features a 13-megapixel autofocus rear camera with LED flash in addition to a 5-megapixel front-facing camera. Samsung offers Wide Selfie, Rear-cam Selfie, Beauty Face and other camera features, similar to other recently launched Samsung models. Like the Galaxy A5 and Galaxy A3, the Galaxy A7 also flaunts and 'Ultra Wide Shot' and 'Auto Selfie' modes for its front-facing camera.

Besides 16GB of inbuilt storage, the Samsung Galaxy A7 supports expandability via microSD card (up to 64GB). Wi-Fi 802.11 a/b/g/n, Bluetooth 4.0, USB 2.0, GPS, AGPS, GLONASS and NFC comprise the metal smartphone's connectivity features. It is worth mentioning that the NFC option will only be present in the LTE version of the Galaxy A7.

Measuring 151x76.2x6.3mm, the Samsung Galaxy A7 weighs 141 grams and is backed by a 2600mAh battery. Ultra Power Saving Mode, Private Mode, Multi-Screen and Quick Connect are also offered by Samsung.