While we are yet to step into 2018, Samsung is apparently all set to continue its domination in the mid-range market segment next year with its Galaxy A7 (2018) offering. The new smartphone has reportedly emerged on the Geekbench browser that confirms the presence of 6GB of RAM, 2GB more than the 4GB RAM on the Galaxy A7 (2017). Some renders of the smartphone have also surfaced online to hint a bezel-less display.

The Geekbench listing, courtesy Telefoon.nl, reveals that the Galaxy A7 (2018) will come with Android 7.1 Nougat operating system. This means that despite being a 2018 model, the new Galaxy A series handset will not run the Oreo version, which is so far the latest Android.

Furthermore, Samsung's Galaxy A7 (2018) appears to have an ARMv8 octa-core processor at a clock speed of 1.5GHz. This would be an Exynos 7885 SoC, accompanied by 6GB RAM. The reported hardware scores 1,478 points in single-core tests and 4,170 points in multi-core tests.

Tipster Steve H, who operates a popular Twitter account with username @OnLeaks, has leaked some renders that are claimed to be the early images of the Galaxy A7 (2018). The images show a display panel with minimal bezels and a metal build featuring a fingerprint scanner on the rear. The leaker also points to the Galaxy A5 (2018) that would be inferior to the Galaxy A7 (2018), but come with a similar bezel-less display. 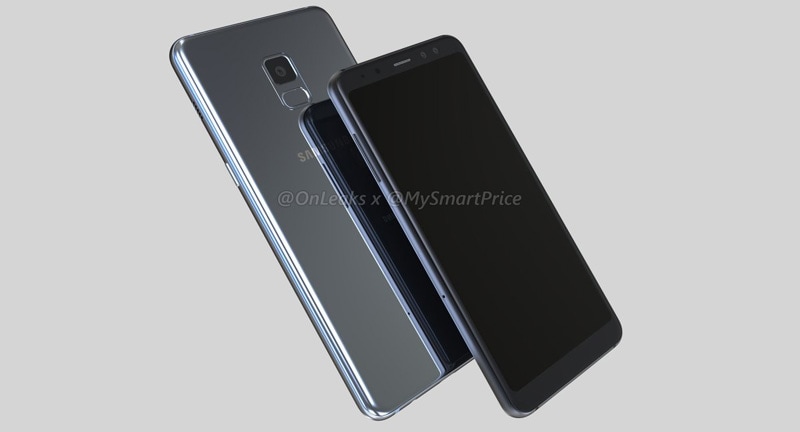 Moreover, the leaked images suggest a dedicated Bixby button to let you activate the digital assistant. The button was debuted on the Galaxy S8 and Galaxy S8+ handsets earlier this year.

Samsung can be expected to officially unveil the new Galaxy A series at Consumer Electronics Show (CES) in January. In the meantime, you can expect some more leaks and rumours.