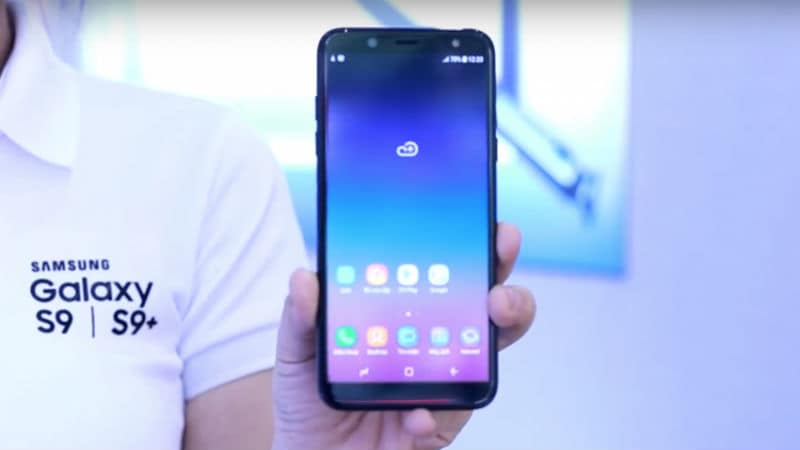 An alleged Samsung Galaxy A6 video leak has surfaced online, giving us the best look at the new smartphone yet. Galaxy A6 and Galaxy A6+ are expected to be two upcoming mid-range handsets that Samsung may launch in 2018. Speculations and rumours surrounding the two unreleased smartphones have already started flooding in. Earlier this month, the smartphones were spotted on the company's official site. Additionally, another leak had outed the alleged specifications of the Galaxy A6 duo as well. But, the latest leak reveals some more design details about one of the handsets, and it appears to be quite similar to the Galaxy S9.

What may be an internal demo video of the Galaxy A6, shot in Vietnamese, has surfaced online. The video that could have been shot by Samsung Vietnam, showcases some key features of the Galaxy A6. While earlier reports had claimed that the smartphone will sport a 5.6-inch HD+ AMOLED display, the latest video corroborates that piece of information. The Galaxy A6 is equipped with a 16-megapixel rear camera with f/1.7 aperture and a 16-megapixel front camera with f/1.9 aperture at the front. Interestingly, both cameras have LED flash, but the one on the front can have its intensity adjusted.

The information is in line with previous reports that had suggested that the Samsung Galaxy A6 will include Infinity Displays in an 18.5:9 aspect ratio. The video does not reveal any details about the hardware inside the smartphone, but reports have claimed that it is powered by an octa-core Exynos 7870 SoC coupled with 3GB RAM, and features 32GB inbuilt storage.

Meanwhile, the bigger sibling, the Galaxy A6+, is expected to sport a 6-inch screen, run on a Snapdragon 450 SoC paired with 4GB RAM, and come with 32GB inbuilt storage. Also, the Galaxy A6+ is expected to be the only variant that will sport a dual camera setup at the back. These leaks, however, should be taken with a pinch of salt as it does not come from an official source.