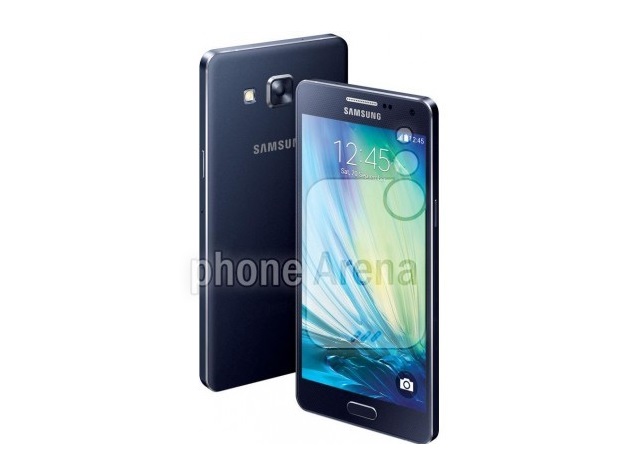 Samsung's rumoured Galaxy A5 (SM-A500), soon after being compared alongside the unannounced Galaxy A3 (SM-A300) and the Galaxy Alpha, has been leaked again - this time in purported render images.

The new leaked images of the yet-to-be-announced Galaxy A5 have been posted by Phonearena, which claims it received the images from a reader.

The new renders of the alleged Galaxy A5 (SM-A500) show the handset in full glory, once again sporting metal chamfered edges (and not full metal bezels and side panels like the Galaxy Alpha), and are in-line with previous leaks and rumours.

Earlier on Monday, the alleged Galaxy A5 was seen in two purported images - one had the Galaxy A5 seen in a side by side comparison with Galaxy A3 and Galaxy Alpha. The second showcased the right panel of the Galaxy A5, with the power button and SIM card slot visible

Samsung has been rumoured to be working on a new Galaxy A-series family for a while now, expected to include the alleged Galaxy A3 and Galaxy A7.