Samsung Galaxy A41 comes in a trio of colours

Samsung has added yet another mid-ranger to the Galaxy A-series portfolio and this one is called the Galaxy A41. A successor the Galaxy A40 that was launched back in April, Samsung's latest offering packs triple rear cameras and features a 25-megapixel selfie snapper. The Galaxy A41 flaunts an Infinity-U Display design with a waterdrop notch, much like its predecessor. The Galaxy A41 borrows its rear panel design from the Galaxy A51 and is an IP68-rated phone, which means it is dust and waterproof to a good extent.

Samsung Galaxy A41 price and availability

There is no word on the pricing of Galaxy A41, but the phone is currently listed on NTT DoCoMo's website in Japan. It will be up for grabs in black, blue, and white colour options. Samsung's press release says that the phone will go on sale June onwards in Japan. However, details about its availability in the international market are under the wraps as of now. 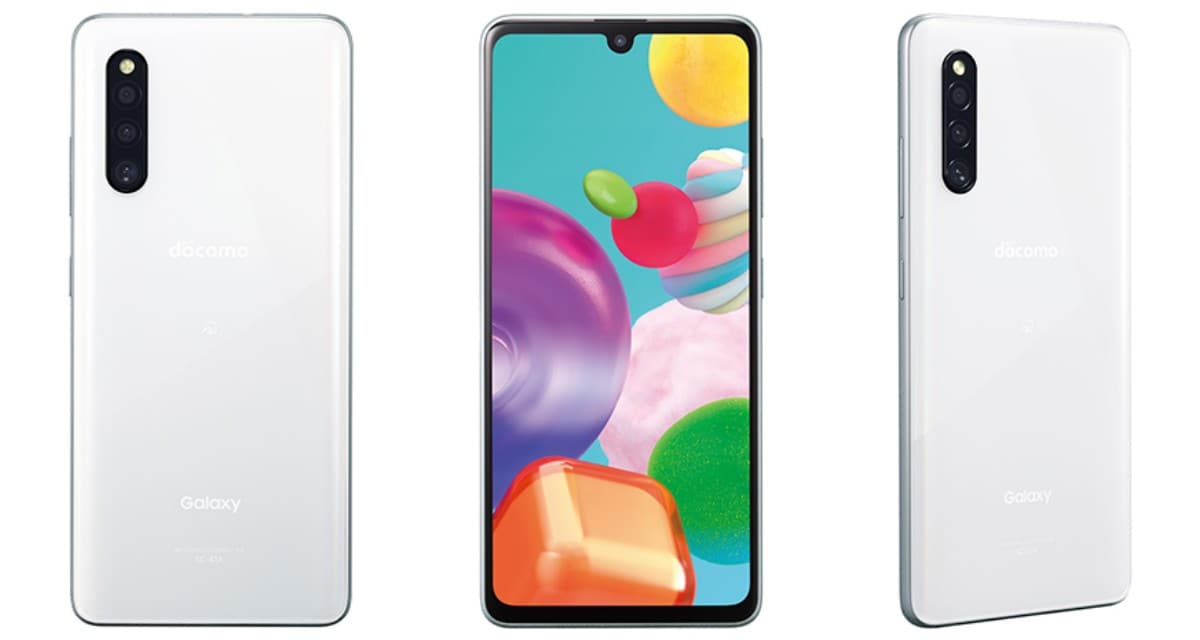 Samsung Galaxy A41 features a 6.1-inch full-HD+ Infinity-U Super AMOLED display with 20:9 aspect ratio and 89 percent screen-to-body ratio. It is powered by an octa-core SoC paired with 4GB of RAM and 64GB of onboard storage. However, Samsung has not revealed whether the SoC powering the phone is a Qualcomm unit or if it is in-house Exynos silicon. Additionally, there is no clarity whether the onboard storage is expandable.

The Galaxy A41 comes equipped with a 3,500mAh battery with support for 15W fast charging. The phone also has an in-display fingerprint sensor for authentication. Connectivity is handled by 4G LTE as well as NFC for contactless payments.