Samsung Galaxy A40 Support Page Goes Live in Europe, Galaxy A90 Tipped to Sport a Sliding and Rotating Camera Setup

Samsung Galaxy A40, Galaxy A90 may launch soon

Samsung has already launched the Galaxy A10, Galaxy A30, and Galaxy A50 in India, and now by the looks of it, the company is also looking to launch a few more 'Galaxy A' series phones soon. The Samsung Galaxy A40 phone was spotted on the Europe support page hinting at imminent launch, and the Galaxy A90 has been tipped to come with a first-of-its-kind sliding and rotating camera mechanism. Samsung will start selling the Galaxy A50 and Galaxy A30 in India from March 2, while the Galaxy A10 will go on sale in India starting March 20.

The Samsung Galaxy A40 support page was spotted on the company's German website by SamMobile. This pretty much confirms that the phone is coming soon to Europe and Samsung hasn't bothered to remove it either, with the support page still live on the official support site. 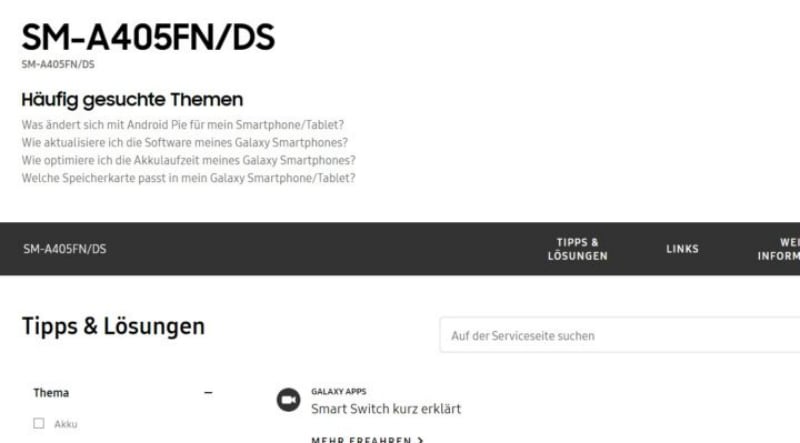 The upcoming smartphone is tipped to be powered by the Exynos 7885 SoC paired with 4GB of RAM and run Android Pie. The smartphone will reportedly be launched in a host of European markets which include UK, Poland, France, and Germany among others, however, a definite release date is not known.

Tipster OnLeaks has also leaked new information on the Galaxy A90 claiming that the phone will come with a sliding and rotating camera system which will allow the camera to be used as a front and rear camera depending upon the position it is kept in. The tipster notes that it will be a mix between the Oppo Find X and the Oppo N1 systems.

As per previous leaks, the Samsung Galaxy A90 is expected to run on One UI based on Android Pie, feature 6.41-inch display, be powered by the Snapdragon 710 SoC coupled with 6GB or 8GB of RAM and 128GB of inbuilt storage.