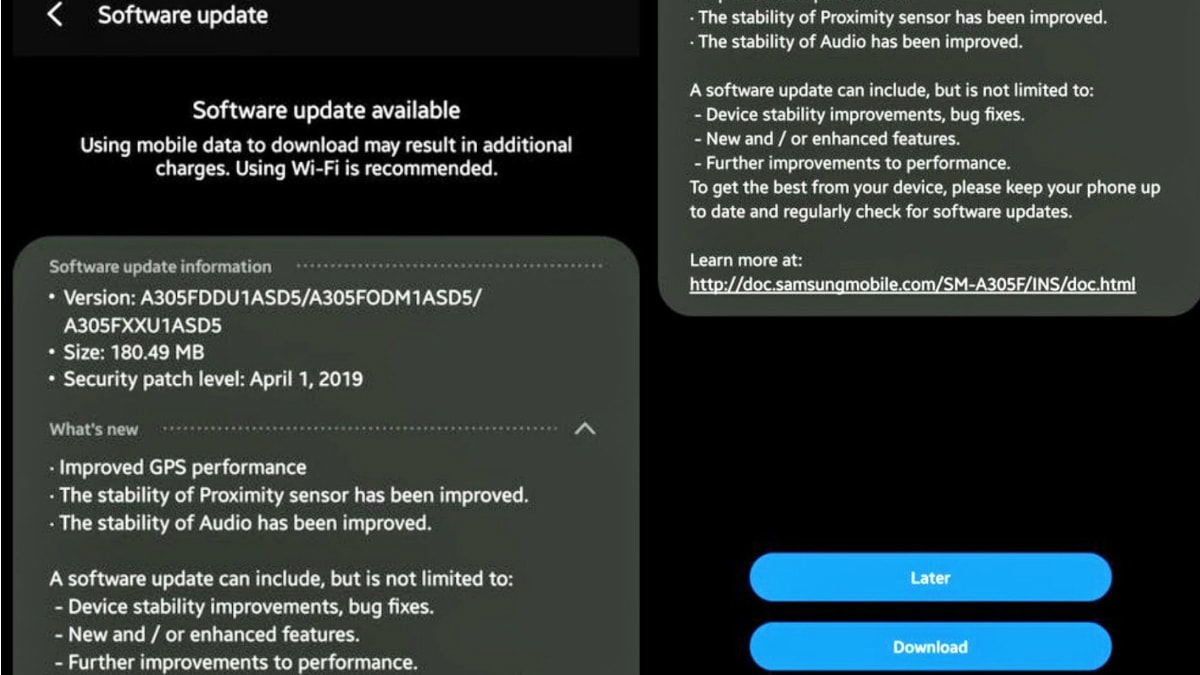 Samsung Galaxy A30 update changelog has been shared

Samsung Galaxy A30 is reportedly receiving an update in India bringing improved GPS performance, proximity sensors, and improved audio quality. The firmware version for the latest update is A305FDDU1ASD5/A305FODM1ASD5/A305FXXU1ASD5 and it is reported to be 180.49MB in size. The update also brings the April 2019 Android Security update. Samsung is rolling out the update via OTA and you can even check the update in Settings to download manually. The Samsung Galaxy A30 was launched last month in India, and its price is set at Rs. 16,990

The latest update for the Samsung Galaxy A30 is recommended to be downloaded over Wi-Fi and while the phone is on charge. As mentioned, the phone is receiving the update via OTA, but you can manually also check for the update in Settings > Software Update. A recent update fixed various security loopholes, and improved earphones sound output on the Galaxy A30.

Samsung Galaxy A30 price in India and specifications

Samsung Galaxy A30 price in India is Rs. 16,990. The phone is available in Red, Blue, and Black colour options.

The Samsung Galaxy A30 has 64GB of onboard storage that is expandable via microSD card (up to 512GB). There is a fingerprint sensor at the back. Besides, the phone packs a 4,000mAh battery that supports 15W fast charging via USB Type-C port.