Samsung Galaxy A3, Galaxy A5 Metal-Clad Smartphones Launched in India 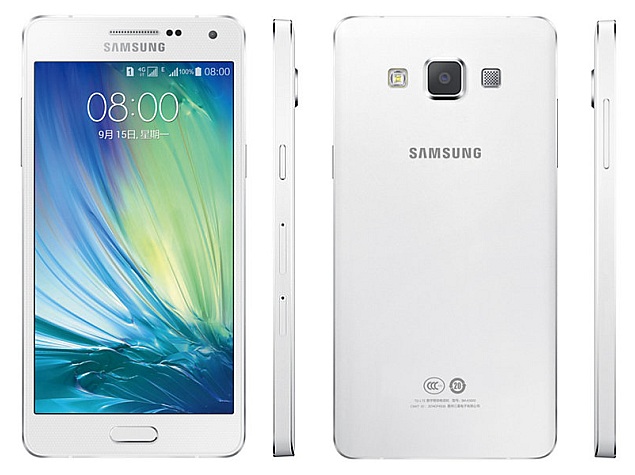 Samsung on Tuesday launched the metal-clad Galaxy A3 and Galaxy A5 smartphones in India, priced at Rs. 20,500 and Rs. 25,500 respectively. The smartphones will be available in the market from next week, and are not yet listed on the company's online India store.

There is still no news about Galaxy A7, an as-yet-unannounced smartphone that was tipped on several occasions to be launched alongside the new Galaxy A-series of smartphones. The smartphone was recently leaked again tipping its specifications. The smartphone has been previously rumoured to be the thinnest Samsung smartphone to date at 6.3mm.