Samsung Galaxy A3 Design Tipped in Images From Certification Site 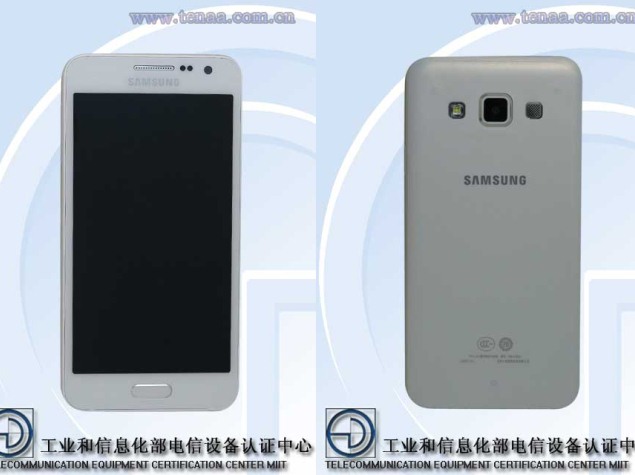 Samsung's anticipated Galaxy A series has been long rumoured, and now, after the alleged Galaxy A3 was spotted as the Samsung SM-A3000 at Tenaa certification last week with specifications, it now features images of the handset.

The anticipated Samsung Galaxy A5 has also been leaked in purported live images by Sammobile, when it reported that the device is using "some unique material in order to keep the device's cost down while still maintaining a somewhat premium feel" with which the device's body "feels cold in the hand" but apparently isn't made of metal or plastic.

Additionally, the report along with tipped prices claimed that the rumoured Galaxy A7 will only be available in limited countries, unlike the Galaxy A3 and Galaxy A5.
Comments