Samsung Galaxy A3 and Galaxy A5 Spotted Alongside Galaxy Alpha 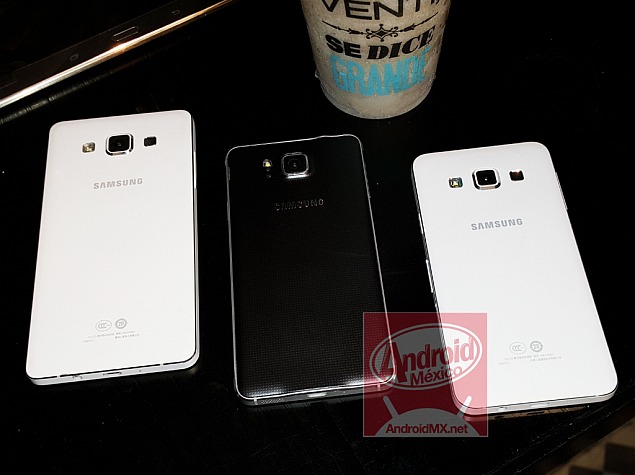 Adding to a long line of previous leaks and rumours, the anticipated Samsung Galaxy A3 and Galaxy A5 from the rumoured upcoming Galaxy A Series have once again appeared online - this time in 2 purported images. The Galaxy A5 is additionally seen benchmarked on GFX Bench.

The purported images of the Samsung Galaxy A3 (SM-A300) and Galaxy A5 (SM-A500) (via AndroidMX) showcase smartphones with metal chamfered edges and not full metal bezels like the Galaxy Alpha. Phonearena speculates the Galaxy A3 will feature a 4.7-inch display, compared alongside the Galaxy A5 and a Black colour variant of the Galaxy Alpha in the first of the 2 images.

The proposed Galaxy A3 handset is also tipped to come with an LTE variant and have its official introduction by the end of this year. The second purported image shows the right panel of the Galaxy A5, with the power button and SIM card slot visible. 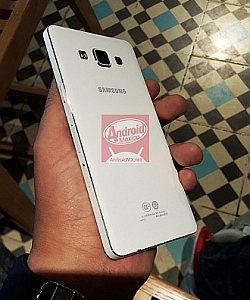 Samsung is also tipped for a third smartphone in the Galaxy A-series family, the Galaxy A7, which was last month spotted in the Zauba listing, a website that tracks import-export manifests.