The certification listing by the Wi-Fi Alliance, dated March 21, shows a Samsung phone with model number SM-A202F/DS. It essentially reveals that the phone will have Wi-Fi support for a single, 2.4GHz frequency band, though the phone runs Android 9.0 Pie out-of-the-box. It's being speculated this model is in fact the Samsung Galaxy S10e that was spotted on a Samsung site earlier.

The Bluetooth SIG listing doesn't reveal any specifications, though it mentions that the handset has Bluetooth v5.0. A battery pack purportedly of the Galaxy A20e surfaced recently that suggested 3,000mAh capacity. 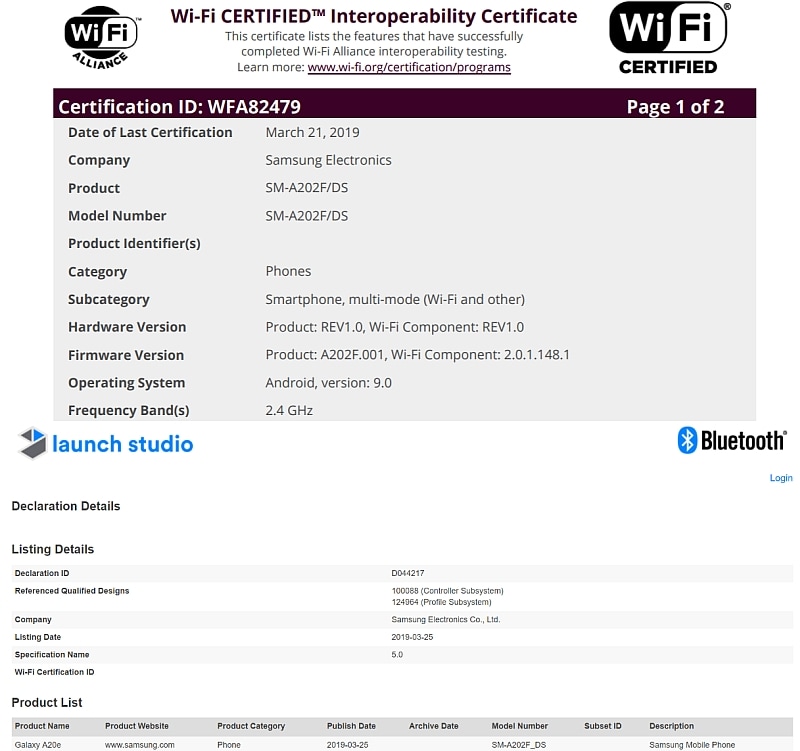 Notably, the official Samsung UK website confirmed the existence of the Galaxy A20e earlier this month. The new model is speculated to be an inferior variant of the Galaxy A20 that Samsung launched in Russia last week. The phone could get a global announcement at the company's April 10 launch event that is taking place in Bangkok, Milan, and Sao Paulo.