Samsung Galaxy A Series Gets Microsite in India, Galaxy A50 Image Leaked Ahead of Launch

Just days after the Members app revealed their arrival, Samsung's upcoming Galaxy A-series models have now received a dedicated microsite in India. The microsite gives us the glimpse of the new Galaxy A phones that sport Infinity-U and Infinity-V Display panels as well as up to triple rear camera setup. The new range is likely to have at least three new models, including the Galaxy A10, Galaxy A30, and Galaxy A50. An image showing the back of the Galaxy A50 has already been leaked online. Separately, a leaked firmware of the Galaxy A50 has emerged on the Web.

Among other developments, the official microsite of the new Galaxy A series gives us a glimpse at some new models. While two of the models featured on the microsite appear to have an Infinity-U Display panels, a model with an Infinity-V Display panel is also visible. Also, one of the phones seems to have a fingerprint sensor at the back, whereas two of that have a simple back panel -- without any rear-facing fingerprint sensor. Dual and triple rear camera setups are also available to showcase how Samsung is moving ahead with the new Galaxy A-series lineup.

Samsung India has also mentioned some of the features coming with the Galaxy A-series models on the microsite. There are mentions of ultra-wide video, slow-mo, hyperlapse, and fast charging support.

Additionally, the Samsung Mobile India Twitter account has released a teaser video that suggests the arrival of the all-new Galaxy A series. The teaser video essentially highlights the ultra-wide video feature on the new Galaxy A-series models. It also looks like the alphabet "A" in the new Galaxy A family stands for "action" -- maybe pertaining to the new photo and video focused features.

In another development, tipster Ishan Agarwal has leaked an alleged Samsung Galaxy A50 image that appears to have a White colour paintjob -- looking similar to the Prism White colour option of the Galaxy S10. The image shows a triple rear camera setup along with an LED flash and a Samsung logo. Moreover, the leaked image looks quite closer to the render featured on the official microsite. 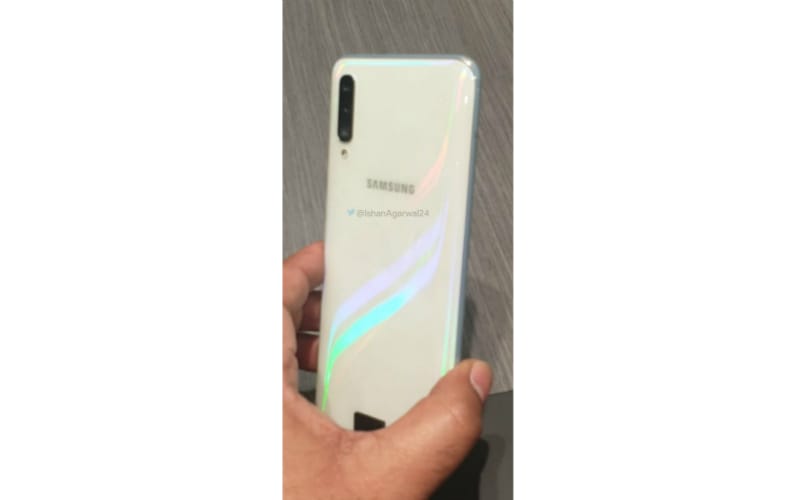 While the firmware of the Samsung Galaxy A50 is reportedly based on Android Pie, the software package of the Galaxy M30 is seen to be powered by Android 8.1 Oreo -- similar to the Galaxy M10 and Galaxy M20 models. However, it is unclear whether the Galaxy A50 runs One UI on top of Android Pie or a new version of Samsung Experience UX.

Samsung reportedly has plans to unveil on new smartphone under the Galaxy A series every month starting from March, through June. The new models could take on the competitive models by Asus, Oppo, Vivo, and Xiaomi.