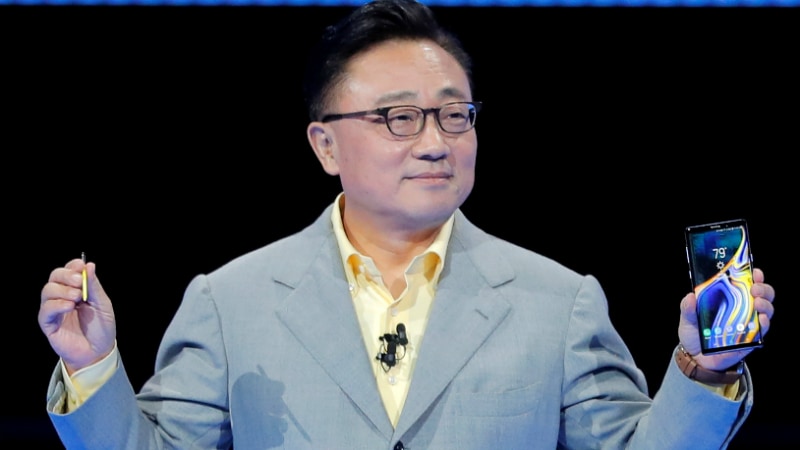 After a report from July claimed that Samsung's first foldable smartphone would be launched early next year, Samsung's mobile chief DJ Koh on the sidelines of IFA 2018 announced that the handset might become a reality at the Samsung Developer Conference (SDC) this November in San Francisco. Koh stated that this smartphone would have unique functionality and not just be restricted to the functionality of a regular smartphone and tablet. He also claimed that Samsung Electronics will look to target millennials by packing in latest technology in the company's mid-tier smartphone offerings. To recall, a foldable OLED smartphone was previously also announced to be part of Samsung's 2018 roadmap.

In an interview with CNBC, Samsung's DJ Koh made these revelations. Samsung Developer Conference will be held this year on November 7-8. However, this is not the first time that there has been an official communication regarding the company's first foldable phone. Back at Mobile World Congress (MWC) 2018 in Barcelona, DJ Koh had stated that the foldable smartphone was not a gimmick and would be launched soon. In the recent interview with CNBC, said that the phone's development is "complicated", but the company has "nearly concluded" it.

"You can use most of the uses ... on foldable status. But when you need to browse or see something, then you may need to unfold it. But even unfolded, what kind of benefit does that give compared to the tablet? If the unfolded experience is the same as the tablet, why would they (consumers) buy it?," Koh said. He also mentioned the fact that consumers have expressed interest in the foldable phone in a recent Samsung survey.

While he mentioned the fact that this foldable handset could arrive in November this year, there was no word on its release and availability.

A report from WSJ, a couple of months back, claimed that the Samsung foldable phone had been internally codenamed "Winner" and will reportedly sport a 7-inch display. It is expected to sport a foldable display panel that will fold along the middle, revealing a smaller display on one side and the camera setup on the other. Pricing is suggested to be around the $1,500 (roughly Rs. 1,07,000) mark. With this sort of an innovation, Samsung might be looking to charge a premium as one of the first movers in the market.

Chinese telecommunication giant Huawei is reportedly wanting to dampen Samsung's plans by releasing a similar smartphone before the South Korean phone maker does. The smartphone will hit the market by "very early 2019" to beat Samsung at least in the availability race.

DJ Koh also told CNBC that Samsung Mobile is looking to revamp its mid-range segment of smartphones by using "latest technology" in its lower priced handsets in an attempt to appeal a younger crowd. The company has been, over the past couple of years, losing out market share to Chinese players the likes of which include Xiaomi, Huawei (and Honor), Oppo, Vivo, and others in core markets like China and India.

These announcements come in the wake of slumping profits and slow sales for Samsung's smartphone division. The company reported a "lower-than-expected" gain in the second quarter of 2018.