Samsung Galaxy F62 could feature a 6.7-inch sAMOLED display and be backed by a 7,000mAh battery. 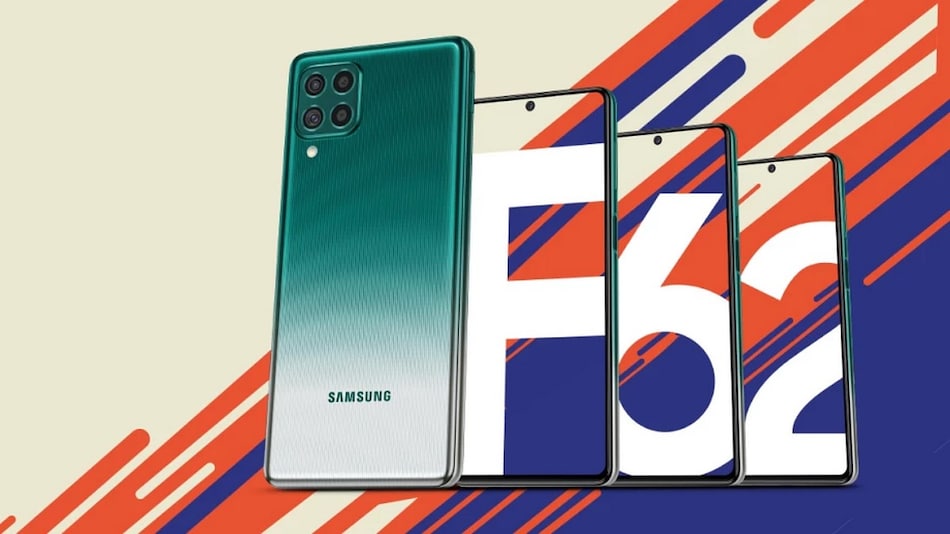 Samsung Galaxy F62 will have a hole-punch cut out

Samsung Galaxy F62 will launch in India on February 15 at 12pm (noon), a dedicated Flipkart page has revealed. The phone will be powered by the company's own Exynos 9825 SoC, which is based on the 7nm process. The Flipkart page also reveals the front and the back of the Galaxy F62. Additionally, Samsung has shared the phone will be priced between Rs. 20,000 and Rs. 25,000. The phone will be the second entry in the company's fairly recent Galaxy F series that started with the Samsung Galaxy F41 which launched in the country back in October last year.

The dedicated Flipkart page for Samsung Galaxy F62 reveals the phone will be launched on February 15 at 12pm (noon). The page shows a green variant of the phone but does not share the price, however, Samsung has shared through a press release that the phone will be priced between Rs. 20,000 and Rs. 25,000.

The Flipkart page reveals the Galaxy F62 will be powered by the 7nm octa-core Exynos 9825 SoC with posts an AnTuTu score of over 4,52,000 and a Geekbench 5 score of 2,400. The company claims this makes it the fastest Galaxy smartphone in the above-mentioned price segment. The phone has a quad rear camera setup housed in a square camera module with the flash right below it. On the front, there is a hole-punch cut out for the selfie camera that is centrally located at the top of the display.

Besides the aforementioned specifications, there have been a few leaks associated to the Galaxy F62 that suggest the phone will feature a 6.7-inch Super AMOLED display and a 7,000mAh battery. It may have 6GB RAM and 128GB storage which will presumably be one of the variants. The phone could also launch with Android 11 out of the box. Additionally, the Galaxy F62 may come in a green and blue colour variant.

Back in early December, it was reported that mass production of the Galaxy F62 has started at the company's Greater Noida facility.