Samsung has unveiled its next flagship processor – the Exynos 990 SoC – that can be anticipated to power the company's next wave of premium smartphones such as the Galaxy S11. The Exynos 990 is based on the 7nm process and has eight cores arranged in tri-cluster architecture, with two of them being custom cores for demanding tasks. Additionally, Samsung has also announced the 5G Exynos Modem 5123 chip that is also based on the 7nm EUV process and is claimed to deliver a peak downlink speed of up to 7.35Gbps in mmWave spectrum. Lastly, the company has also begun mass production of its 12GB LPDDR4X UFS-based multichip package (uMCP) for smartphones.

Starting with Samsung's latest flagship processor, it will begin mass production by the end of this year, alongside the Exynos 5123 5G modem. The Exynos 990 succeeds the Exynos 9825 that was most recently seen in the Galaxy Note 10+. As for the chipset itself, it based on the 7nm EUV process and has eight cores arranged in 2+2+4 cluster. There are two custom Samsung cores for heavy-lifting, two Cortex-A76 cores, and four Cortex-A55 cores for less-demanding tasks. Thanks to a dedicated driver, Exynos 990 also supports display panels with up to 120Hz refresh rate.

Graphics on the Exynos 990 are driven by the Mali-G77 GPU based on the Valhall architecture and it is claimed to bring a performance boost of 20 percent. Samsung's new flagship chipset also comes with a dual-core NPU (Neural Processing Unit) for AI processing, and an improved DSP (Digital Signal Processor) as well. As far as capabilities go, the Exynos 990 SoC supports up to 6 cameras with concurrent processing on three sensors. It can handle a 108-megapixel sensor, encoding and decoding up to 8K video at 30fps frame rate, 10-bit video, and HDR display support. 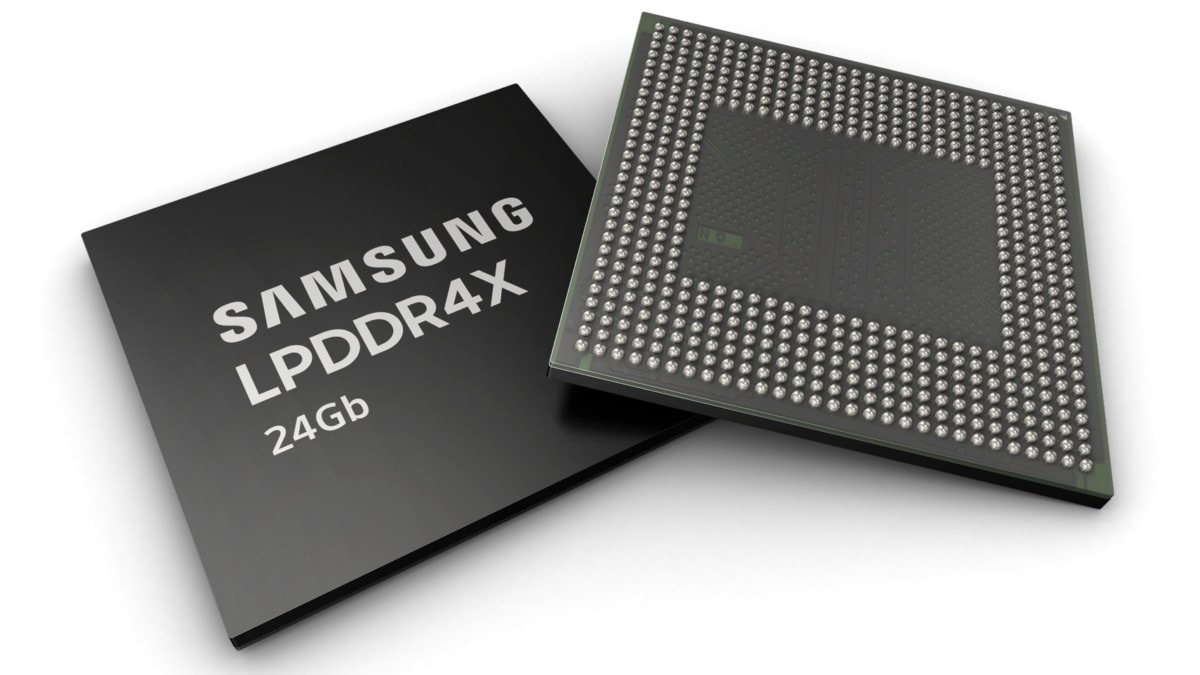 Samsung has unveiled the 5G Exynos Modem 5123 chip as well based on the 7nm EUV process. It supports network spectrums ranging from sub-6GHz 5G all the way to 2G. It is claimed to deliver a peak speed of up to 5.1-gigabits per second (Gbps) in sub-6-gigahertz (GHz) and 7.35Gbps in mmWave spectrum, or up to 3.0Gbps on 4G network.

Lastly, Samsung has also announced that it has begun mass production of the industry-first 12GB LPDDR4X UFS-based multichip package (uMCP) for smartphones. It combines four 24Gb LPDDR4X chips based on the 1y-nm process and eUFS 3.0 NAND storage into a single package for a more efficient multitasking experience on smartphones and data transfer speed of up to 4,266 megabits per second (Mbps).