The sales offset weak demand for smartphones and TVs, while one-off gains from Samsung's display business, which counts Apple as a customer, also boosted profits. 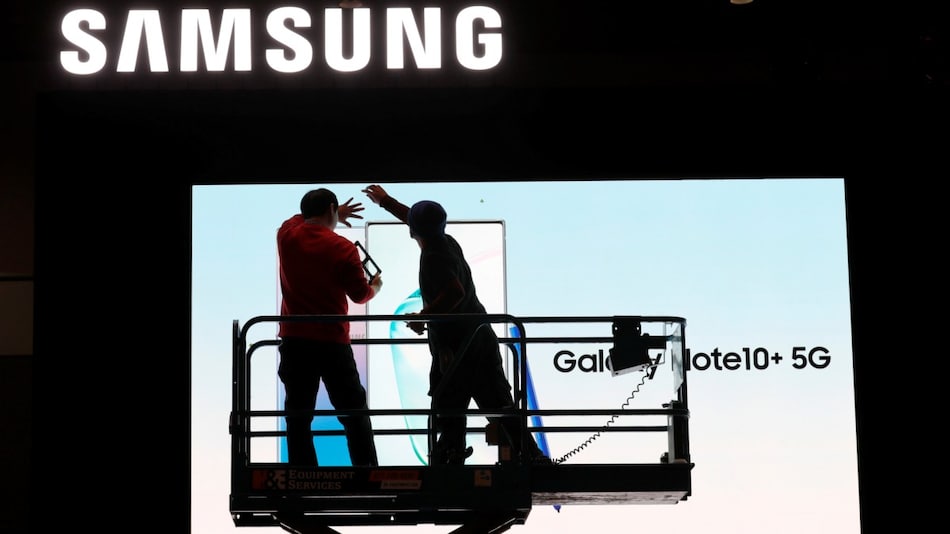 Shares of Samsung Electronics fell 1.8 percent, versus a 0.4 perceny fall in the wider market

The sales offset weak demand for smartphones and TVs, while one-off gains from its display business, which counts Apple as a customer, also boosted profits, the company said. It gave no further details.

The world's top memory chip and smartphone maker said operating profit was likely KRW 8.1 trillion (roughly Rs. 50,708 crores) in the quarter ended June, far above the KRW 6.4 trillion (roughly Rs. 40,058 crores) analyst forecast by Refinitiv SmartEstimate. It would be the highest quarterly profit since the fourth quarter of 2018.

"Chip demand was stronger than expected due to the COVID-19," said Park Sung-soon, an analyst at Cape Investment & Securities.

Analysts said the one-off display boost reflected a payment from Apple, with the US smartphone maker struggling to meet agreed shipment targets as iPhone sales take a hit from the COVID-19 pandemic.

The handset and TV business may have also fared better than expected due to lower marketing costs and as stores and factories resumed operations worldwide as countries lifted lockdowns, analysts said.

"The damage from the pandemic was less severe than the market had expected," said CW Chung, Nomura head of research in Korea.

Analysts, however, warned that increases in memory chip prices may not continue in the second half of the year as data centre customers are likely to be conservative in stockpiling chips given the resurgence of COVID-19 cases in the United States and other countries

While prices jumped 14 percent on average in the quarter, they were flat in June versus May, data from DRAMeXchange showed.