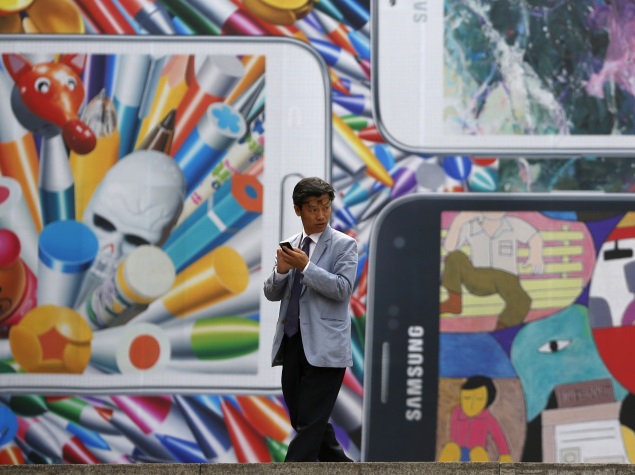 A report emerging from Taiwan is claiming that Samsung has cut the Q3 supply chain orders for its 2014 flagship smartphone, the Galaxy S5, by 25 percent. The reason behind this cut is said to be iPhone's next model which is expected to launch in a few months. The report claims that Samsung is reacting to potential Galaxy S5 buyers holding out for the next iPhone model.

The report claims that Samsung ordered around 21 million Galaxy S5 (Review | Pictures) units in the second quarter, while the number has decreased to 15 million for the Q3. Further, the Galaxy S4 has also reportedly received a cut in terms of orders going down to 5 million in the Q3, from 6 million in the Q2.

There's no doubt that Apple's next iPhone model, believed to be dubbed iPhone 6, has become one of the most eagerly anticipated smartphones of the year as leaks related to the device just keep coming in.

Not too long ago, Samsung had been praising its new Galaxy S5 when compared to the Galaxy S4 (Review | Pictures) in terms of units shipped. The company had been claiming that more than 11 million Galaxy S5 units were shipped since its launch at the start of April, which if compared to about 10 million units of the Galaxy S4 smartphones in the same amount of time last year.

In addition, LG has reportedly outsold the Galaxy S5 in Korea. A Korean report, first picked by Phone Arena, notes that 25,000-30,000 units of the LG G3 were sold daily during the initial launch period, which if compared to the sales of its predecessor the LG G2 in the same period is twice as high.

Notably, the 7,000-8,000 Samsung Galaxy S5 units were being sold daily during its initial launch period in Korea. It's worth noting that we are yet to hear an official word from LG on the number of G3 units sold in Korea.