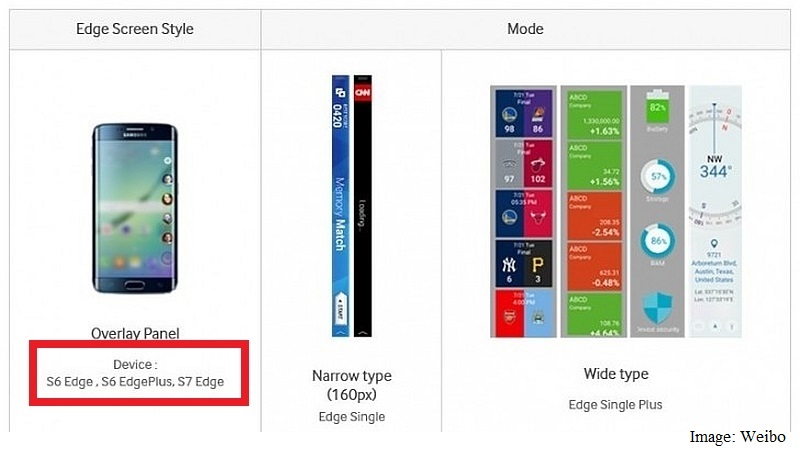 Samsung, ahead of its February 21 MWC-2016 keynote event has confirmed the existence of its upcoming Galaxy S7 Edge smartphone. Some other details about the Galaxy S7 have also shown up on the Web, with the smartphone purportedly going through AnTuTu benchmarks.

The South Korean tech giant's developer website briefly listed the Galaxy S7 Edge in a table that showed the ways the smartphone's curved screen could be used. The table showed the handset against the Galaxy S6 Edge and the Galaxy S6 Edge+. However, the company has now removed the mention of the Galaxy S7 Edge from the table and only shows the Galaxy S6 models. As per the comparison table, the three smartphones can show narrow side strips that appear on the display's curved edge, and a wide type mode that was introduced with the Android 6.0 Marshmallow update. The Edge functions of the Galaxy S7 Edge were identical to the two previous generation models, and so, unless Samsung introduces some changes in the interim - the launch is on February 21 - we can expect identical Edge functionality. 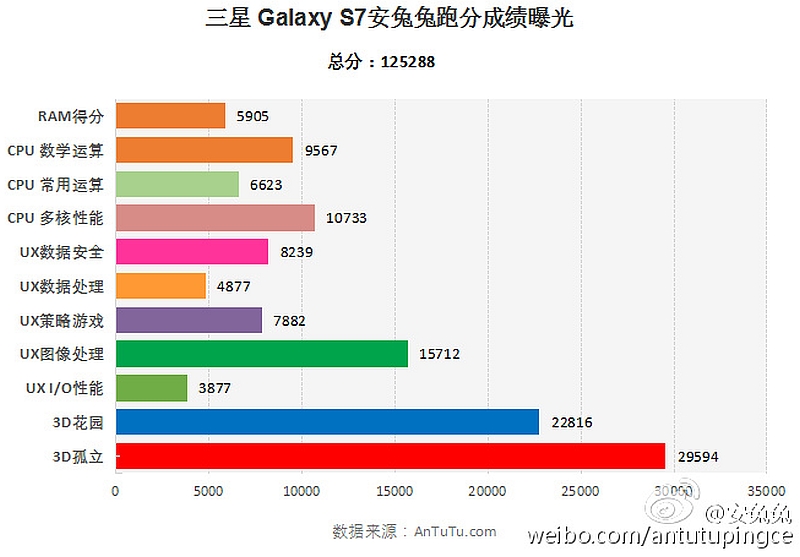 In the meanwhile, the Galaxy S7 has been listed on the AnTuTu benchmark website. The images posted by AnTuTu on its official Weibo account show the Samsung Galaxy S7 running Android 6.0.1 Marshmallow and powered by the Qualcomm Snapdragon 820 SoC, clubbed with 4GB of RAM and Adreno 530 GPU. Other features mentioned are 5.1-inch QHD (1440x2560 pixels) resolution display, 12-megapixel rear camera, 5-megapixel front-facing camera, and 64GB inbuilt storage.

The second image shows the handset scoring 125288 points, which is close to the 132,000 score by iPhone 6s Plus. The Apple A9-powered handset is currently the best-performing smartphone as per AnTuTu benchmark results. It is worth noting that that the handset sports a full-HD display while the Galaxy S7 is seen featuring a 5.5-inch QHD resolution screen, pushing 77 percent more pixels.

Lastly, the upcoming Galaxy S7 smartphone's design also got leaked in some images posted by OnLeaks on Twitter. As per the images, the Galaxy S7 will be sporting a curved design on all the four sides at the back instead of just left and right sides as seen with the Galaxy Note 5. 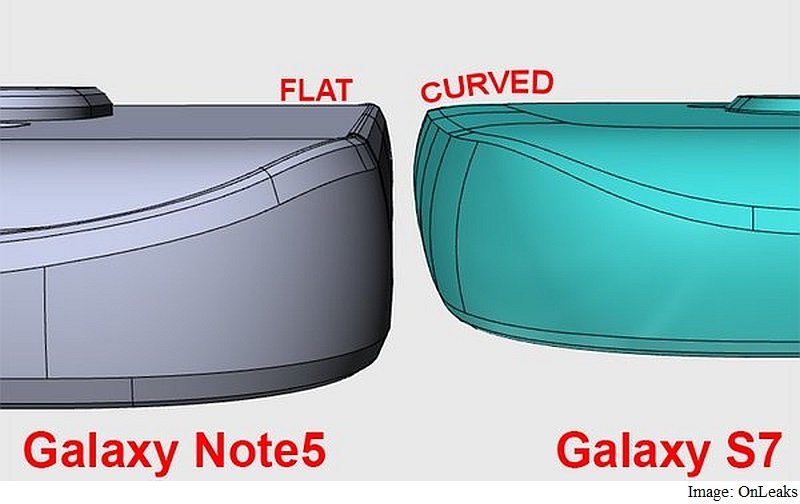 Furthermore, the schematics show the smartphone to still come with a rear camera bump but a thinner one as compared to the Galaxy S6. The bump is said to be as thin as 0.8mm compared to its predecessor's 1.7mm.

Based on the design clues mentioned above and the leaked images showing the front and back panels of the handsets, it appears that Samsung's upcoming flagship models will be more pebble-shaped than before. However, we would have wait for Samsung to officially announce the handsets at the pre-MWC 2016 keynote to take a better look.