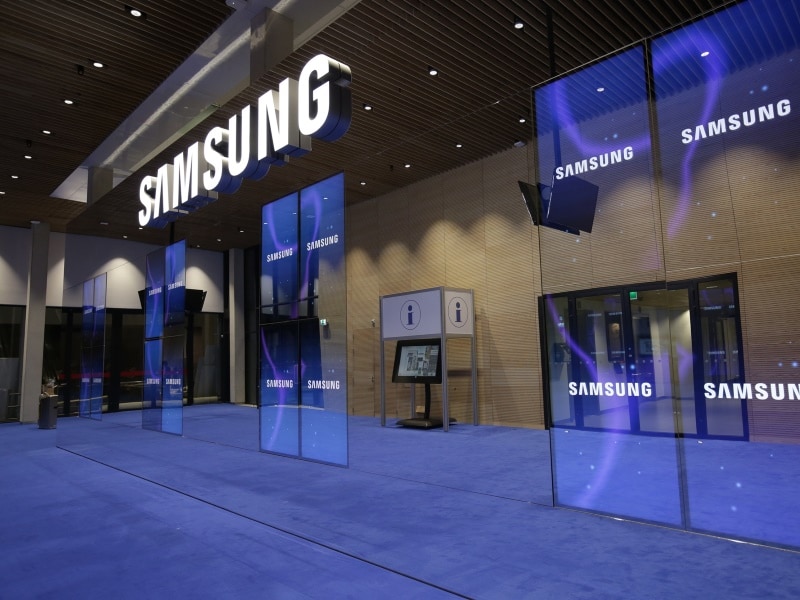 The world's biggest smartphone maker Samsung, assailed by a shambolic recall and embroiled in South Korea's wide-ranging corruption scandal, on Friday backed away from a planned corporate restructuring.

Following the embarrassing recall of the Galaxy Note 7 smartphone and under pressure from activist shareholders to improve corporate governance, Samsung Electronics said last year that it was considering splitting the company in two.

Its vice-chairman Lee Jae-Yong, the heir to the parent Samsung group, has since been arrested and indicted for bribery, along with four other senior executives, in connection with the graft scandal that saw ex-president Park Geun-Hye impeached.

But at the Samsung Electronics annual general meeting in Seoul, board chairman Kwon Oh-Hyun said the firm had reviewed legal and tax issues around proposed division into a holding company and an operating unit, and identified "some negative effects".

He did not elaborate, but told shareholders: "At this moment, it seems difficult to carry it out."

A promised new governance committee, made up of independent outside directors, will still be set up by the end of April, he said.

But Samsung Electronics had so far been unable to recruit "foreign directors who have experience as chief executive officers of global companies" to join it, he said "due to uncertainties in the internal and external environment surrounding the company".

Samsung Electronics is the group's flagship subsidiary, and its share price has hit record highs this year on expectations of higher profits.

Indicted vice-chairman Lee has effectively been at the helm of the Samsung group since his father suffered a heart attack in 2014.

The corruption scandal centres on the former president's secret confidante Choi Soon-Sil, who is accused of using her ties with the head of state to force local firms to "donate" nearly $70 million (roughly Rs. 458 crores) to non-profit foundations, which Choi allegedly used for personal gain.

Samsung, South Korea's largest business group with revenues equivalent to about a fifth of the country's GDP, was the single biggest donor to the foundations.

It is also accused of separately giving millions of euros to Choi to bankroll her daughter's equestrian training in Germany.

One of the favours Lee allegedly sought from Park was state approval for a controversial merger of two Samsung units in 2015, seen as a key step to ensure a smooth transfer of power to him.

The deal was opposed by many shareholders who said it had wilfully undervalued one of the two firms. But it eventually went through after the national pension fund - a major Samsung shareholder -approved it.

Samsung has insisted that the payments were charitable contributions it was obliged to make under pressure from officials, and not bribes.

But Kwon apologised at the meeting, saying: "We're sorry that we have created a stir in society."

The firm would review all its charitable donations, it said.

"We've come to realise that our donations could be used for other purposes than we had intended."