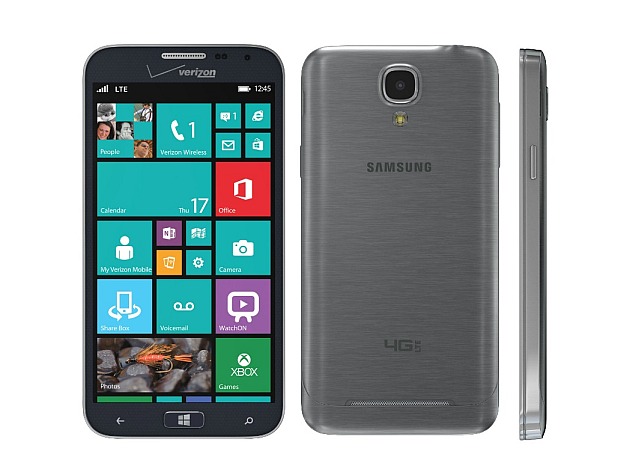 Samsung Ativ SE, the much anticipated new Windows Phone smartphone from the Korean giant, is now official. Without any major announcement, Verizon has put up the Ativ SE for pre-orders via on its website, which shows a shipping date of 12 April.

The smartphone runs on Windows Phone 8 OS, which we assume, will be updated to the recently announced Windows Phone 8.1 OS update in the coming months. The Samsung Ativ SE features a 5-inch full-HD AMOLED display with pixel density of roughly 440ppi, and a Gorilla Corning Glass 3 screen.

The handset is powered by an unspecified 2.3GHz quad-core processor (presumably a Qualcomm Snapdragon 800) paired with 2GB of RAM. The Samsung Ativ SE includes a 13-megapixel autofocus camera with flash and can record full-HD (1080p) videos along with a 2-megapixel front-facing camera. Both cameras can capture 1080p HD videos.

The smartphone comes with 16GB of inbuilt storage that can be expanded up to 64GB via microSD card. Bluetooth 3.0, Wi-Fi and 4G LTE comes under the wireless network connectivity option of Samsung Ativ SE. The handset is backed by a 2600mAh battery capacity which is claimed to run for 20 hours and 20 days under standby mode.

The Samsung Ativ SE measures 137x69.8x8.3 mm and weighs 135.7 grams. It comes with Microsoft Office Hub that enables users to work on Microsoft Word and Excel, edit files and sync from the cloud. Xbox Live also comes built-in with the device.