Samsung Apologises for Sowing Confusion About Galaxy Note 7 in China 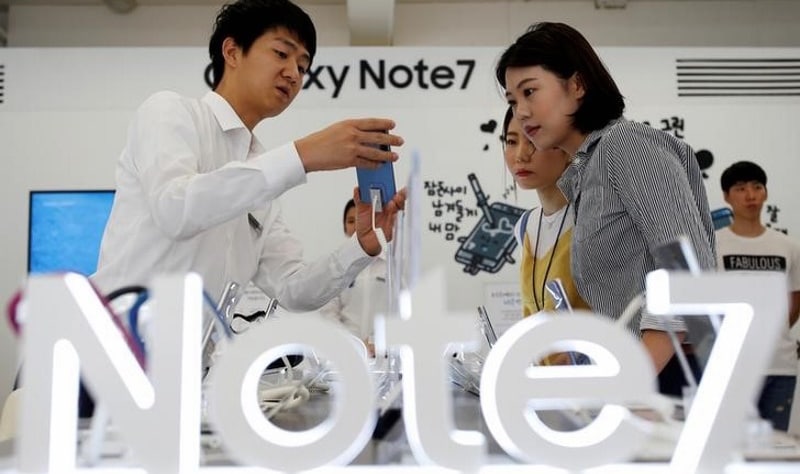 Samsung Electronics Co. apologized to Chinese customers after new complaints about combusting Galaxy Note 7 smartphones spurred doubts about their safety, as outrage grows over its decision to exclude the country from a global recall.

The world's largest smartphone maker on September 2 recalled 2.5 million units of the premium phone after scores of reports surfaced about batteries bursting into flame. But it's said repeatedly that Chinese models were safe because their power sources came from a different supplier - a stance it reiterated Thursday.

Samsung came under fire from state press and on social media as reports surfaced over the past two weeks about locally bought models igniting, some of which it blamed on external heat sources. The online backlash quickened after a recent incident in which Hui Renjie described how a Galaxy Note 7 bought this week on e-commerce site JD.com ignited, singeing his fingers and a nearby MacBook. The company has said it hasn't had a chance to inspect his device.

"We sincerely apologize for the confusion and unease caused to our customers in China," the company said in a Chinese statement e-mailed to Bloomberg News. It added that it regretted not having fully addressed any misunderstanding about the safety of its products. "We guarantee the safety and reliability of our devices."

Samsung has been engulfed in perhaps the worst crisis in its corporate history after Galaxy Note 7 smartphones began to burst into flames just days after hitting the market in August. It later said it had uncovered the cause of the battery fires, and that it was certain new smartphones wouldn't have the same flaws.

The latest China incidents however raised the prospect that Samsung has battery problems with Galaxy Note 7 phones now hitting the market, adding the risk of further recalls and potential damage to its brand. Analysts have estimated that the original recall would cost the company $1 billion to $2 billion (roughly Rs. 6,669 crores to Rs. 13,377 crores).

Samsung is asking users like Hui to return phones for inspection. It plans to bring in independent outfits to inspect any devices brought to its attention in China. CTTL, a telecommunications research and testing agency under the Ministry of Industry and Information Technology, and consultancy Exponent Inc. will perform the examinations on Samsung's behalf going forward.

The sporadic reports of exploding phones and subsequent public backlash are unlikely to do Samsung's business any favors in China, where it's already slipped out of the top five and lost market share to Huawei, Xiaomi and other local manufacturers.