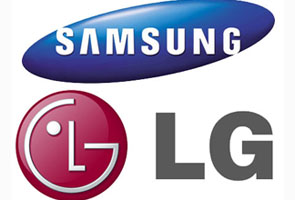 Display seems to be becoming a more important part of the smartphone experience. Only recently, HTC had unveiled HTC J Butterfly smartphone, which is the first smartphone with a full-HD display.

According to MK news, both Korean smartphone makers - Samsung and LG - are considering launching new smartphones with full-HD displays.

Samsung and LG will be launching smartphones with full-HD active matrix organic light-emitting diode (AMOLED) and liquid-crystal display (LCD) screen displays in first half of next year.

LG has already showcased a prototype of 5-inch screen with a full 1920 x 1080 resolution. This prototype had 440 pixels per inch. This is quite similar to the HTC J Butterfly, which features a 5-inch Super LCD 3 display with 1920x1080p resolution and 440ppi.

In the recent past, there have been rumours that Sony too is mulling a 5-inch device with 1080p resolution. This smartphone has been codenamed C660X Yuga or the C650X Odin depending on the launch regions.

Samsung on its part will be using AMOLED display for their forthcoming 1080p smartphones as well.

Amongst the lesser known brands, Pantech (another Korean handset maker) and Sharp too are in process of launching 1080p smartphones. Sharp has given a glimpse of this 5-inch 1080p display smartphone at the recently held CEATEC event. This smartphone has a 443ppi. Pantech's 1080p handset is expected to make its debut in the first half of 2013 as well.