Samsung Galaxy A91, Galaxy A90 5G Surface on the Company Website Ahead of Launch

Samsung has accidentally listed the names of two of its upcoming smartphones on its official website. The official webpages for these upcoming smartphone pages haven't gone live, but the device names are featured in the list of compatible models for Samsung's latest charger. Samsung recently launched the Galaxy Note 10+, which comes with 45W Super Fast Charging 2.0, and official webpage for this charger page clearly mentions that it is compatible with the Galaxy A91 and the Galaxy A90 5G, both of which are yet to be released. 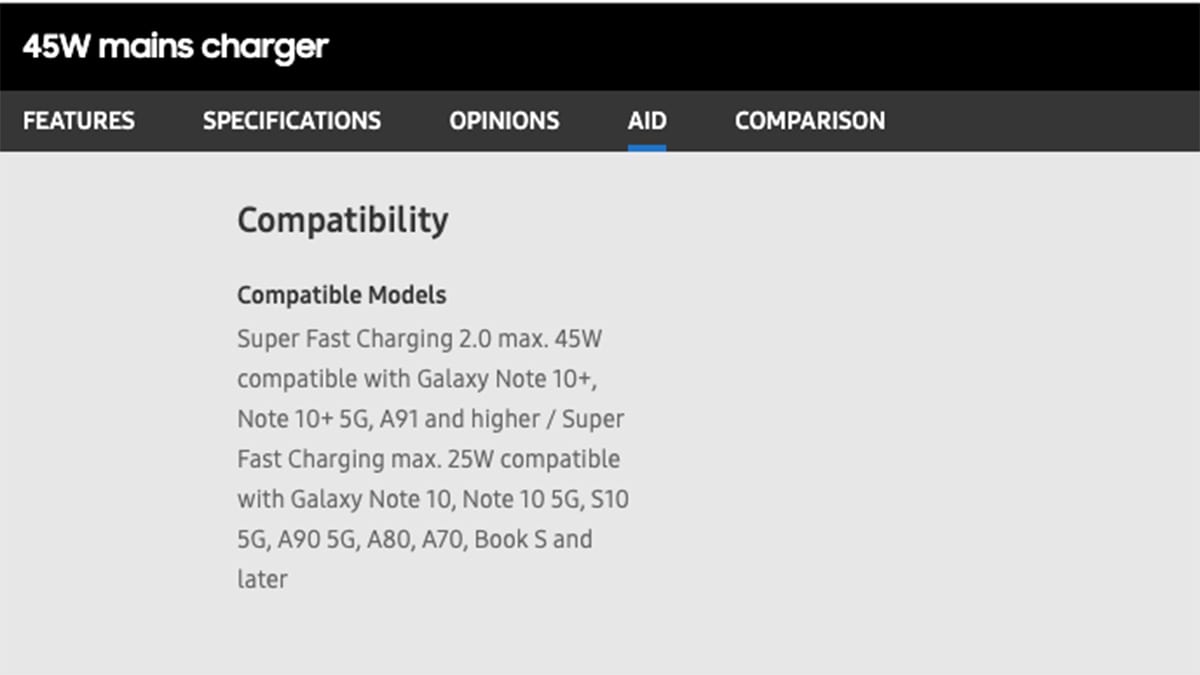 The Galaxy A90 5G has leaked out multiple times in the past with the latest sighting on the Wi-Fi Alliance website. It is known that the smartphone will be powered by a Qualcomm Snapdragon 855 SoC as it had leaked in the past on Geekbench. The Galaxy A90 5G is also tipped to sport a triple camera setup at the back comprising of a 48-megapixel primary sensor, an 8-megapixel second sensor, and a 5-megapixel tertiary sensor. The smartphone is also tipped to pack Tilt OIS technology that seems like a version of Optical Image Stabilisation.

The Galaxy A91 and the Galaxy A90 5G are expected to launch sometime in October, till then stay tuned to Gadgets 360 for the latest news and leaks about these two devices.