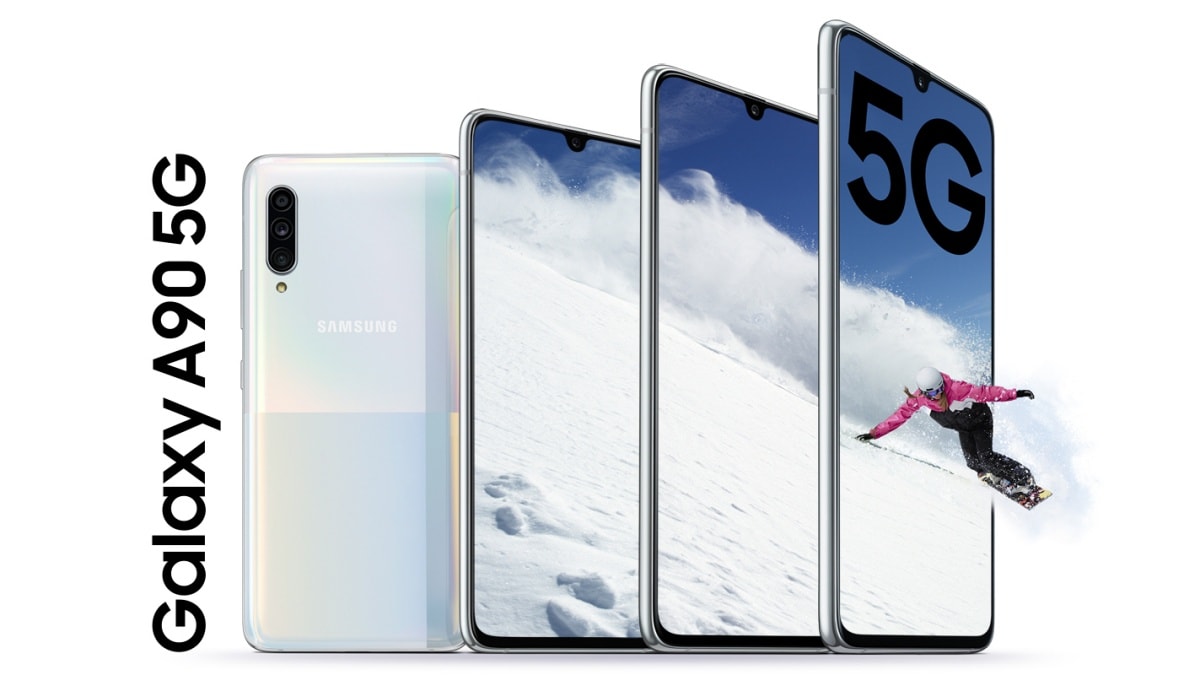 Samsung Galaxy A90 5G is official. Samsung on Tuesday unveiled the new 5G smartphone ahead of rumoured debut of Samsung Galaxy Fold in South Korea. It is not only the first 5G phone in the company's A series, it is also the first to support DeX in the lineup. Samsung DeX allows users to connect their phone to a PC monitor or TV to expand the phone's experience to a bigger screen. As per the information available right now, there doesn't seem to be a 4G version of the Samsung Galaxy A90.

The Samsung Galaxy A90 5G sports an unusual design on the back with gradient finish on the top half and regular colour on the bottom half in the White variant and the opposite in the Black version. There are also different coloured stripes running on the side in both variants.

In terms of the specifications, Samsung Galaxy A90 5G runs on Android 9 Pie with One UI on top. The phone features a 6.7-inch full-HD+ (1080x2400 pixels) Super AMOLED display with a waterdrop-style notch on top and an in-display fingerprint sensor. It is powered by Qualcomm's Snapdragon 855 SoC, coupled with up to 8GB of RAM. There is also a 4,500mAh battery on board with support for 25W fast charging.

Samsung has also added a triple rear camera setup on the Galaxy A90 5G, which houses a 48-megapixel f/2.0 main shooter, an 8-megapixel ultra-wide-angle camera with f/2.2 aperture, and a 5-megapixel depth sensor. A 32-megapixel selfie shooter with f/2.0 aperture is present on the front as well.