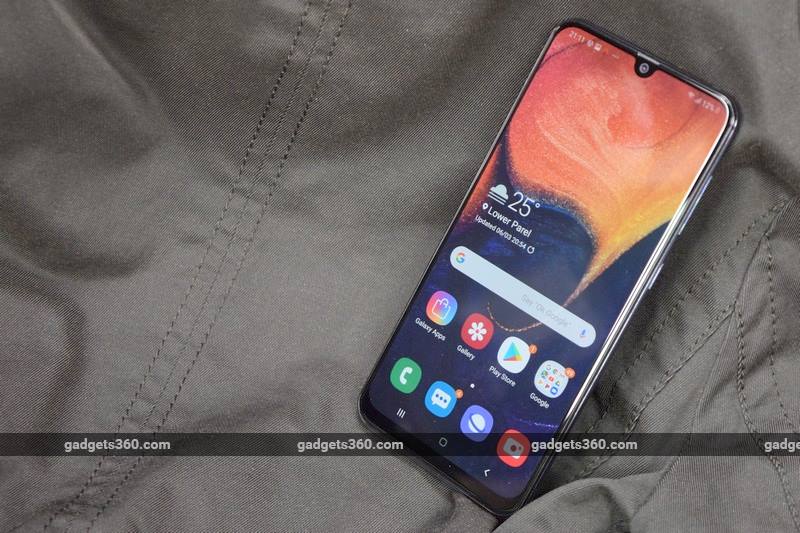 The latest Samsung Galaxy A50 update carries the build number A505FDDU1ASC1 and is 138.67MB in size. As per the changelog shared by the company, the update brings improvements in the camera picture quality as well as the security enhancements. The update also includes the March Security patch for the phone.

According to Samsung, the March security patch fixes a number of critical and high vulnerabilities, including a bug that gave unauthorised access to sensitive information in Allshare and a secure startup bug. The Galaxy A50 update was first reported by SamMobile.

The update will automatically reach all Galaxy A50 units, however if you don't want to wait, you can manually look for the update, by go to Settings > Software update > Download updates manually.

To recall, the first update for the Galaxy A50 had included the improvements for the performance of the fingerprint sensor, enhancement overall stability, and February security patch.

Samsung Galaxy A50 went on sale on March 2 in the country and it features a 6.4-inch full-HD+ (1080x2340 pixels) Infinity-U Display backed by a Super AMOLED panel and 91.6 percent screen-to-body ratio. The smartphone is powered by an octa-core Exynos 9610 SoC, coupled with 6GB and 4GB RAM options.

Sunny Leone Biopic ‘Karenjit Kaur – The Untold Story of Sunny Leone’ Season 3 Release Date Set for April by ZEE5
A Day Not to 'Like' for Facebook, Hit by Outage, Criminal Probe