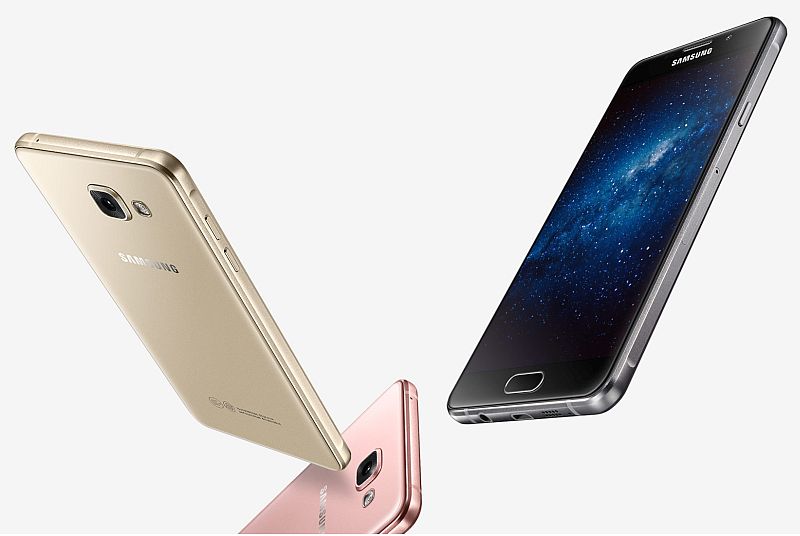 Samsung in the beginning of this month revealed its second-generation of Galaxy A smartphones, namely the Galaxy A3 (2016), Galaxy A5 (2016) and Galaxy A7 (2016). The company also promised that the handsets will go on sale in China starting mid-December.

The smallest sibling of the new trio of Galaxy A series, the Samsung Galaxy A3 (2016), is yet to be listed by the company.

To refresh, the Samsung Galaxy A7 (2016) features a 5.5-inch full-HD (1080x1920 pixels) resolution Super Amoled display and packs an octa-core SoC clocked at 1.6GHz, clubbed with 3GB of RAM. It features a 13-megapixel rear camera with LED flash and optical image stabilisation (OIS) and a 5-megapixel front-facing camera. Both sport f/1.9 aperture lenses. The smartphone houses 16GB of inbuilt storage, which can be further expanded via microSD card (up to 128GB). The Galaxy A7 (2016) supports LTE Cat. 6 connectivity besides Wi-Fi 802.11 a/b/g/n, Bluetooth 4.1, ANT+, USB 2.0 and NFC connectivity options. Measuring 151.5x74.1x7.3mm, the handset weighs 172 grams and is backed by a 3300mAh battery, which also supports fast charging. Accelerometer, proximity, geomagnetic sensors and a fingerprint scanner are also included.

The fourth member of the new Galaxy A-series smartphones, the Galaxy A9, is also rumoured to launch soon.